On 6th February 2021 I noticed a nice 2 o'clock spot outside the 22° halo in the sky. I succeeded to take a stack of 40 photos in 4 minutes, during which the spot vanished and was replaced by a thick arc. Sun elevation was 12.8°. 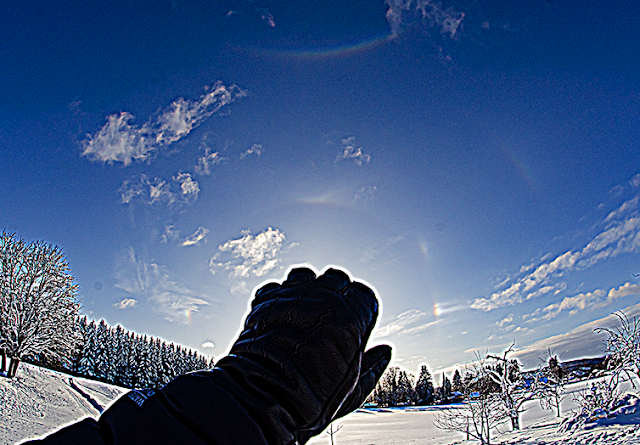 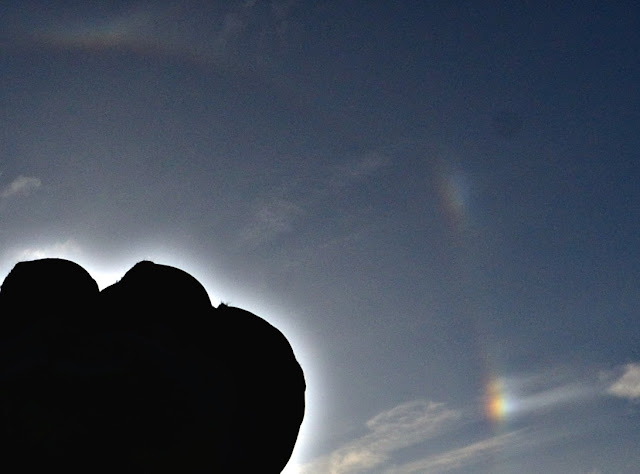 Similar halos were observed in Jutland display 22 April 2020, but the explanation for the spots and arcs remained somewhat unclear then. So I did some simulations to see what could be behind the current display. Here is a video of the first 2 minutes showing how the spot disappears:
The same photos are used in the stacks below. The first 30 seconds (5 frames) are on the top, the first 2 minutes (20 frames) in the middle and the last 2 minutes (20 frames) are undermost. 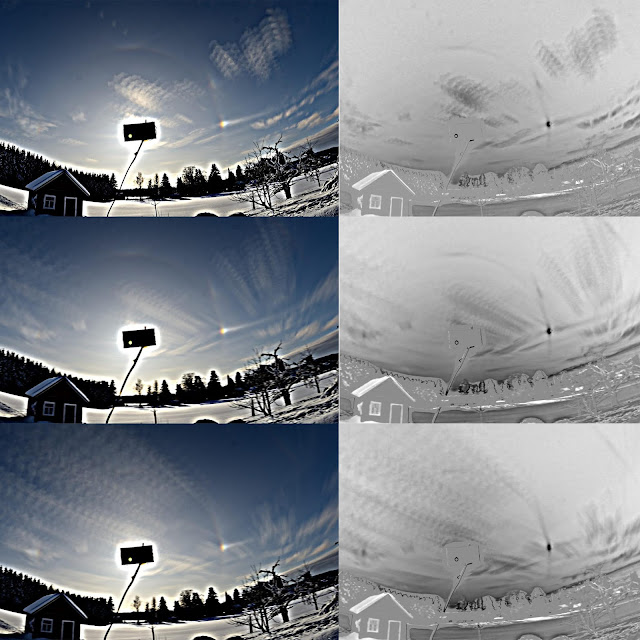 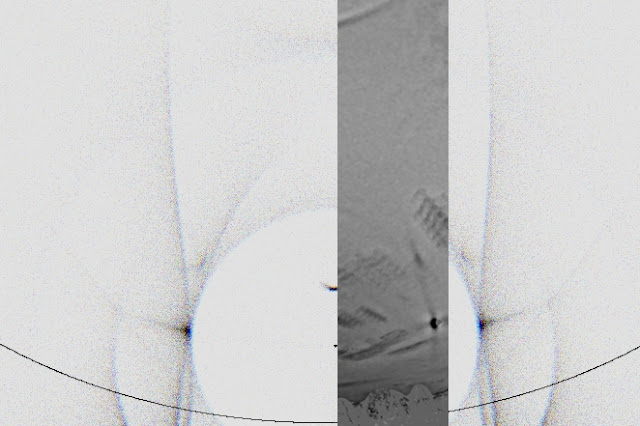 When the spot started to disappear, the arc became stronger and thicker. It was possible to get rather similar thick arcs by simulating upper and middle Lowitz arcs with more tilt in the crystals (std 30 and 40). So, at least in this case, Lowitz arcs seem more plausible ones than subparhelic arcs. 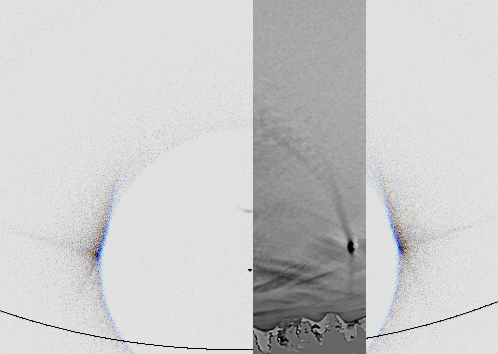 It is hard to say how well these results correspond to reality or to Jutland display, but hopefully they give some ideas for the interpretation of 2 and 10 o'clock spots and associated arcs.
Posted by Petri Martikainen at 10:59