This winter's first solar surface display in Rovaniemi came on the first day of February. It was not among the most basic kind of displays, as visually it had only a weak 46° halo. Yet this is either nothing unprecedented – I recall of seeing such displays in the past, like do some other folks I have talked to. 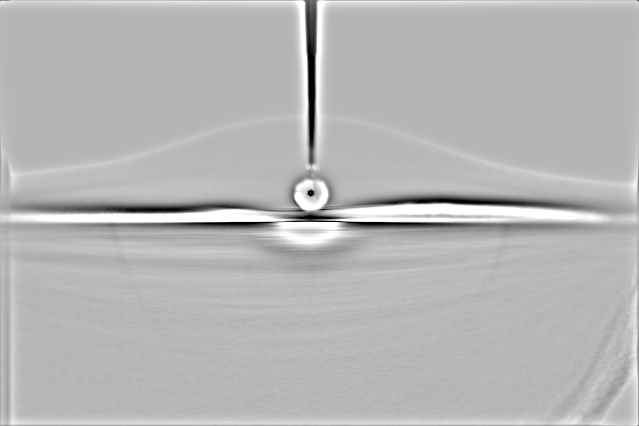 As we haven't yet seen this kind of a display stacked, I thought I might as well get the job done this time. I was interested to see whether 22° halo would appear in the stack and, taken that I had come to the river ice equipped with microscope, I was curious of the crystals.

After having snapped more than 600 photos of the display I skimmed the surface snow into a petri dish with the dish's edge (no gasoline, it is not needed with surface crystals). What I saw in the microscope appeared to be sectored plates that must have fallen from the sky at some not so distant earlier time, maybe during the previous day. It looked to me like the thinness of the blades combined with a largely poor optical quality was the reason for the lack of 22° halo – the light would have hard time to make it through the 60 degree prism unperturbed, especially when the it has to do a basal face ping-pong on those thin blades. But there were also enough clean enough prisms to make me suspect the 22° halo would nevertheless appear when photos are piled into an average stack.

Indeed, the 600 photos did their job and the stack revealed a 22° halo, albeit an extremely weak one. This calls me back to the recent lunar display where parhelic circle was seen without parhelia. In the comments I suggest that thin plates of poor optical quality might be the culprit. After this surface display the explanation has gained somewhat on its appeal on me. 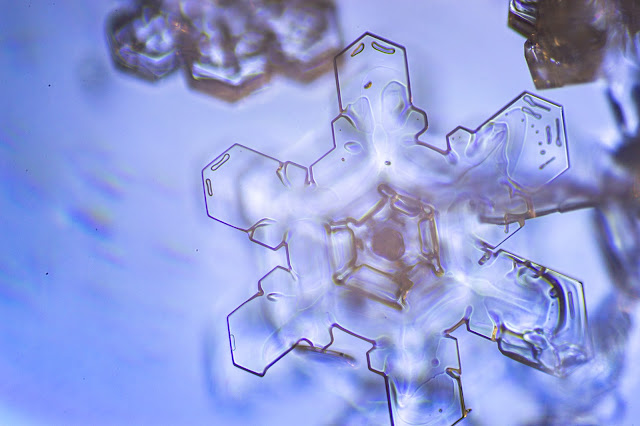 Some technical info. The halo photos were taken with Samyang 8 mm on Canon 80D. Here are shown b-r and bgr (the Lefaudeux background removal method) versions, the two lowermost ones further flip-stacked. After winnowing the photo set, exactly 600 photos were left in the stack. Let it be known also that it took 24 minutes to take those photos, which I hazard were perhaps around 620 of all of them. 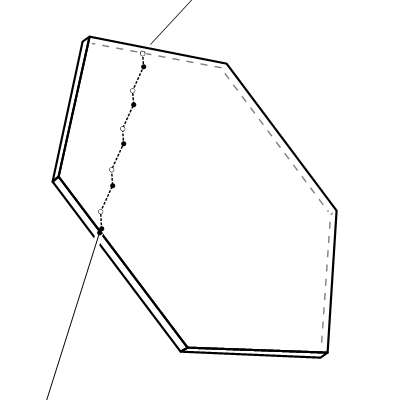 A typical 22° halo raypath in thin crystals with several basal face reflections. The image is from a HaloPoint simulation. 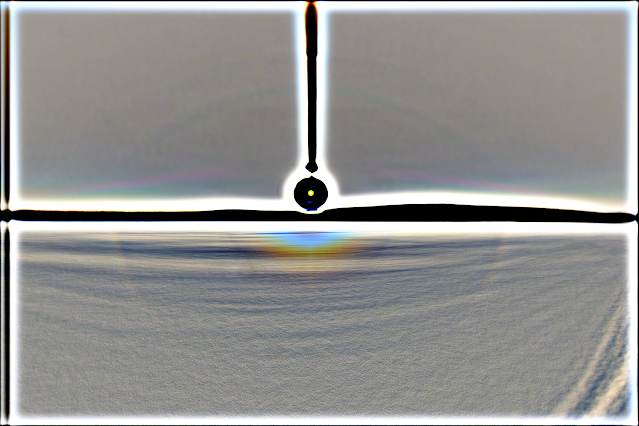 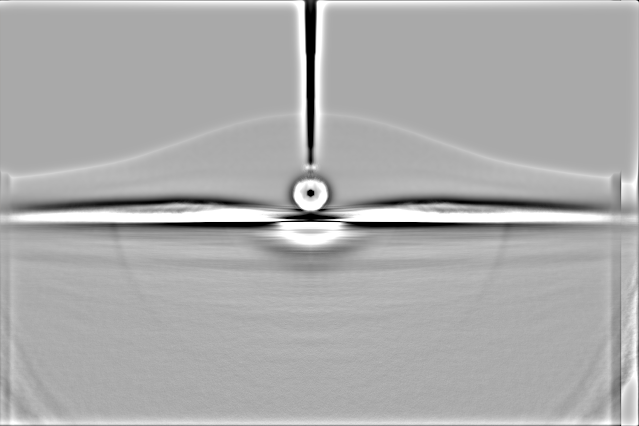 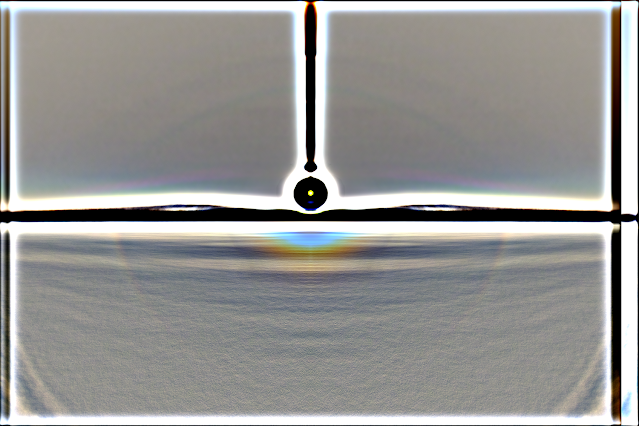 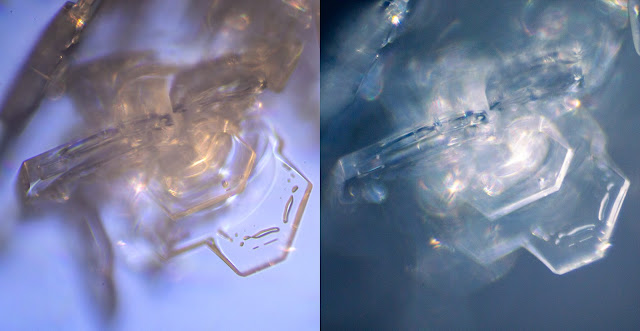 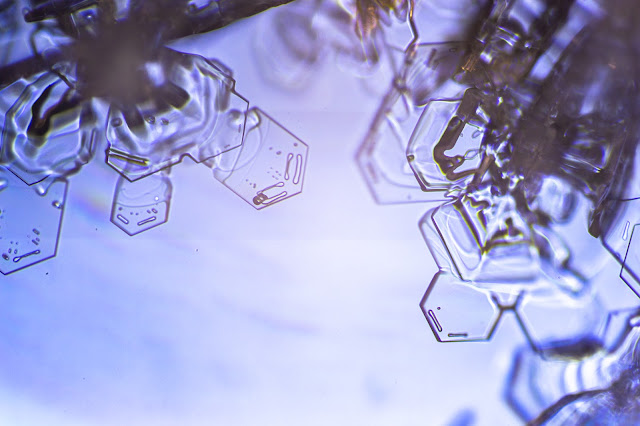 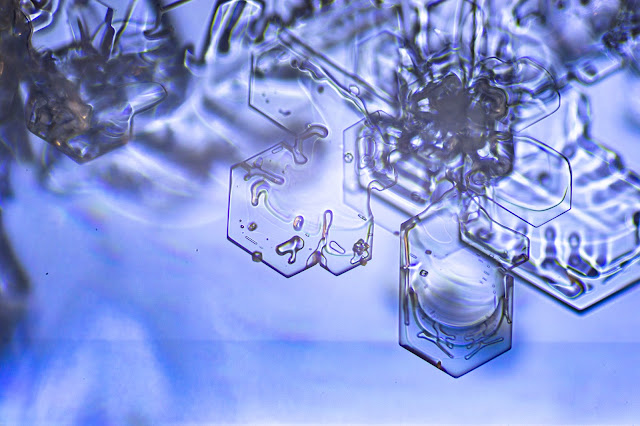 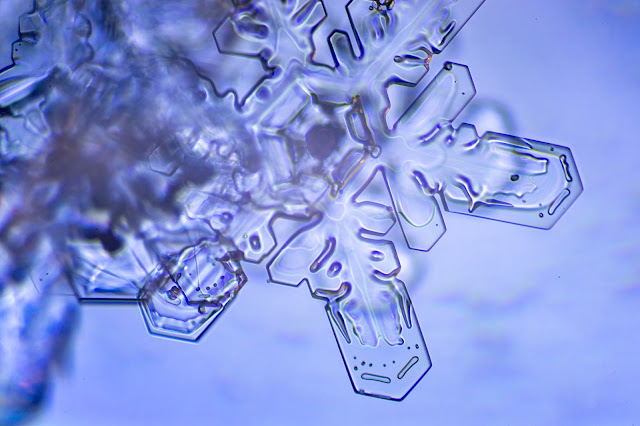 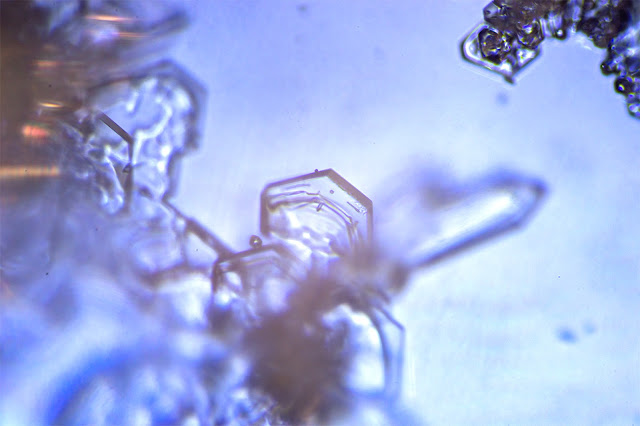 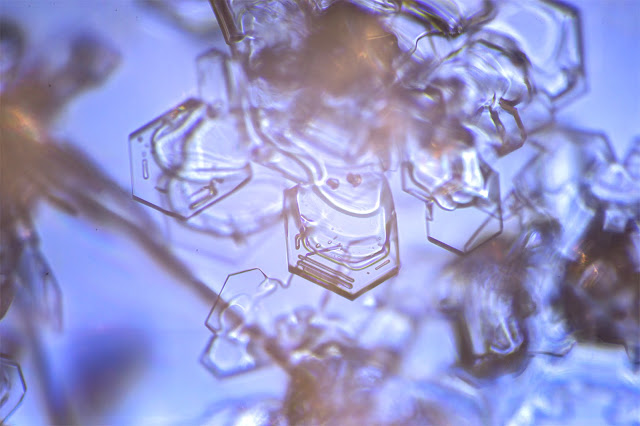