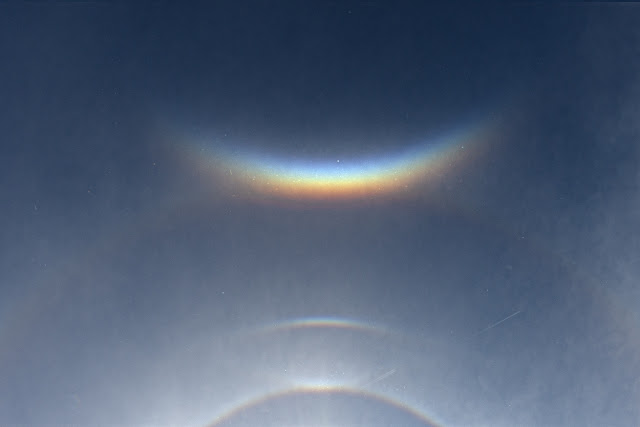 At first, ice fog with low quality ice crystals only managed to conjure up a 22 degree halo with pahelia. 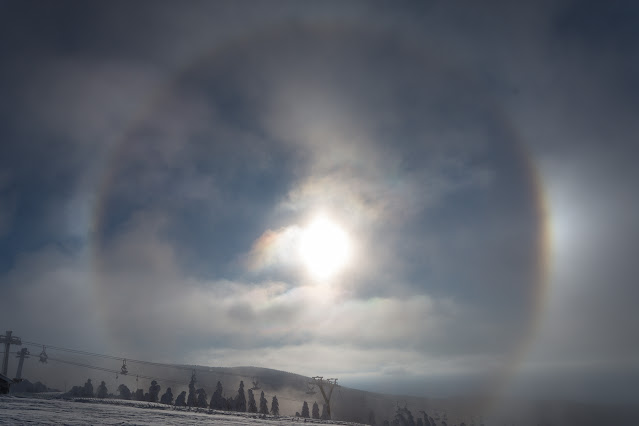 Later a whole myriad of halos developed - among the 22 degree halo and parhelia, a parhelic circle, colourful CZA with aforementioned doubling, 120 degree parhelia, upper tangent arc with uppercave Parry, upper Tape arcs, supralateral arc, 46 degree halo, Moilanen arc and helic arc could be seen as well. Kern was not observed, nor does it show on pictures and stacks. 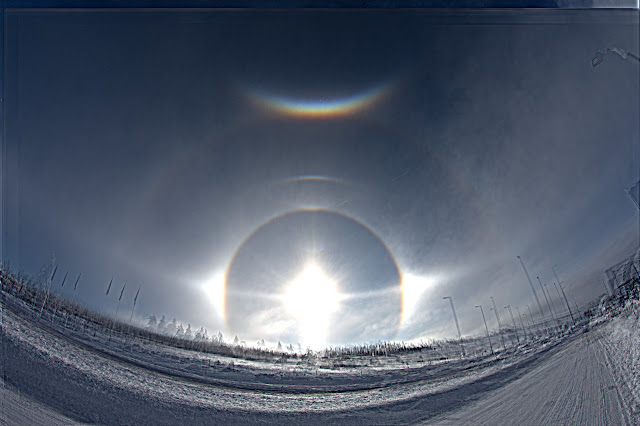 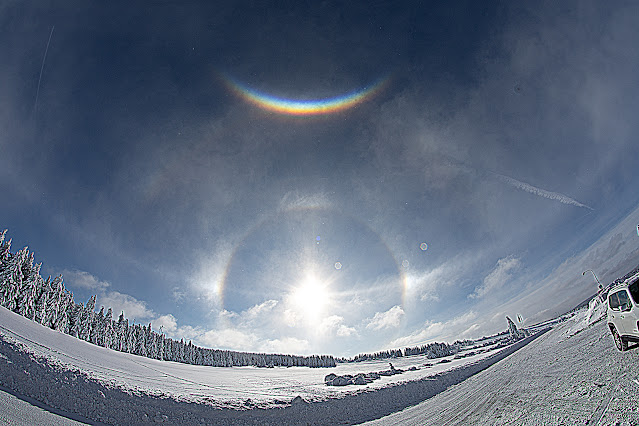 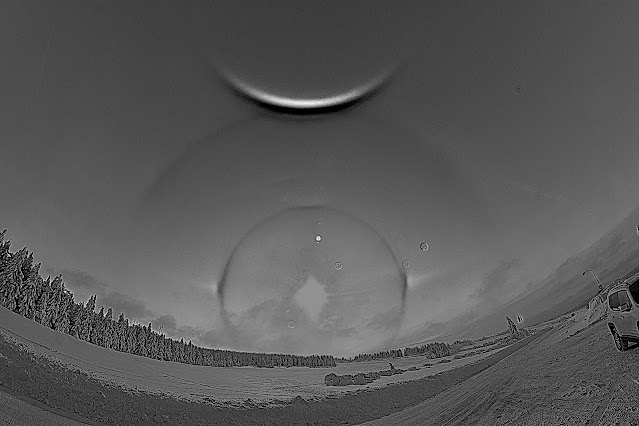 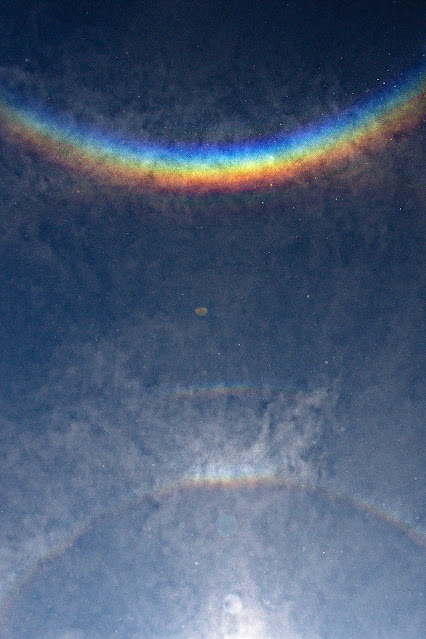 Looking forward to all of your comments and remarks.