A clear 28° halo on snow surface

Sunshine has been a rare phenomenon in Finland this winter. On 16th January, the sky was finally clear and temperature had dropped to -25°C, so I headed to a nearby lakeshore to observe possible surface halos. There were indeed 22° and 46° halos visible on the snow, so I took a set of 335 photos by moving back and forth of a 50 m stretch of a road along the lake. The mirrored stack revealed that this was an odd radius display with 18°, 20°, 23° and 24° halos present. An interesting feature was that 22° and 23° halos were equally strong and well defined in the stack. 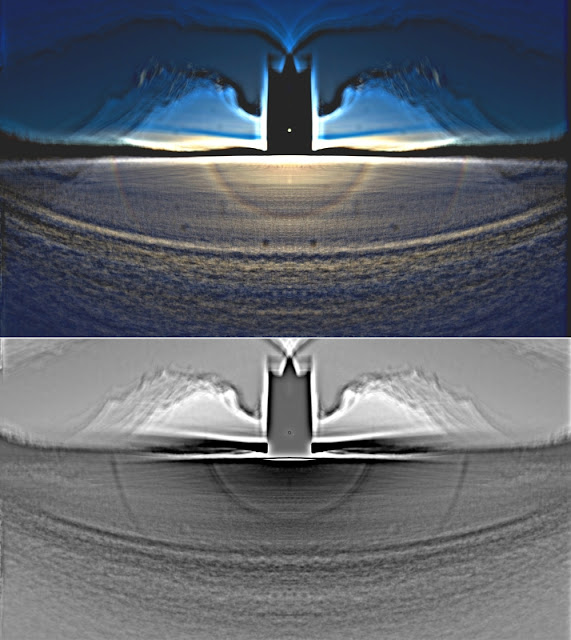 Two days later I got another chance to photograph surface halos in the same place. The temperature was -8°C. Only a modest 22° halo with some bright glints outside it were visible to naked eye, so I did not expect much from the stack. Nevertheless, I took 147 photos. This time the mirrored stack looked even better than two days ago: a strong 22° halo accompanied by several odd radius halos, including a clear 28° ring. 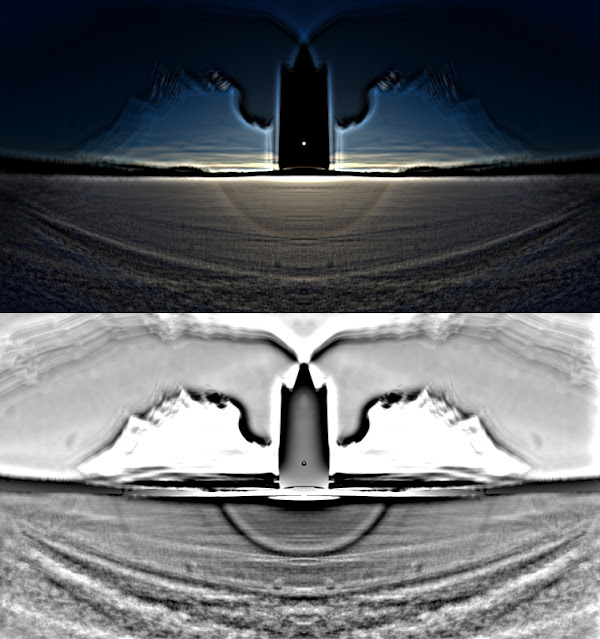 A comparison with the previous display (limited by blue frame in the photograph below) provided another surprise: the prominent ”22° halo” was in fact a 23° halo and 22° halo was missing. So this was an odd radius display with 18°, 20°, 23°, 24°, 28°, 35° and 46° halos. Although there are not many observations of 28° halo on surface yet, it seems probable that it is not as rare as has been thought. This gives some hope that a crystal sample can be obtained one day. 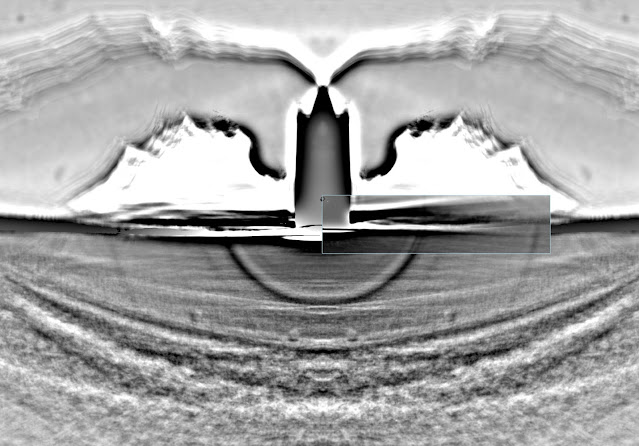 The strong 23° halo and the absence of 22° halo in this surface display is interesting. It means that the usual ”22° halo” on snow may in some rare instances be something else than it looks, but it is not easy to detect such cases from the abundance of common 22° halos. For example, the first observation of surface 28° halo on 7 April 2012 by Jari Luomanen and Marko Riikonen looks rather similar as the current one, and it may perhaps contain 23° halo instead of 22° halo (yellow frame below, photo Jari Luomanen). Although all photos in this collage were taken with Samyang 8 mm fisheye lens, the result should be viewed with caution due to the robust alignment. 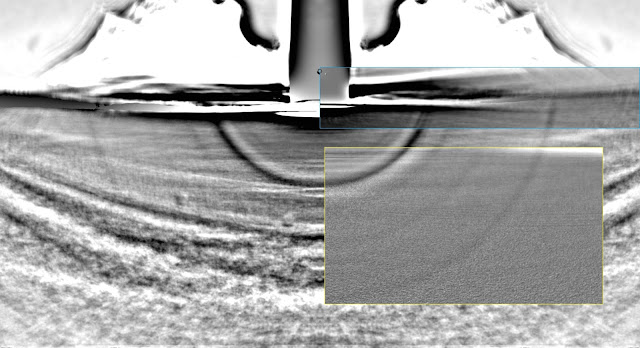 Posted by Petri Martikainen at 14:18