Sometimes a sub-Kern arc "bleeds": it is accompanied by thin arcs below the brightest parts. The first case we photographed on the night of 6/7 January 2016 and second on 28/29 November 2016, both in Rovaniemi. Here is a third display with these arcs in Rovaniemi, photographed on the night of 4/5 January 2017. The lamp is somewhere between 5 and 10 degrees below the horizon. The temperature at this roadside field was -38 C, the lowest I experienced that winter. Earlier that night, at another location, I had photographed odd radius sub-plate arcs. 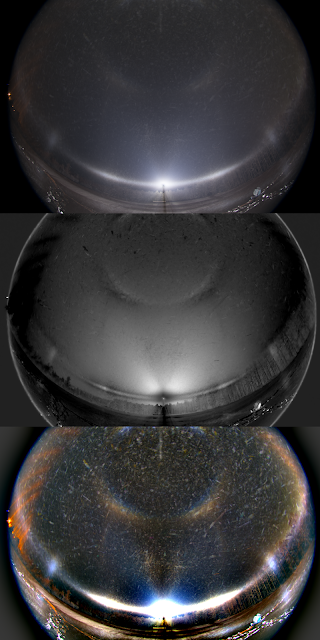 Below are three more photos from that location, taken before the the sub-Kern company arcs appeared. 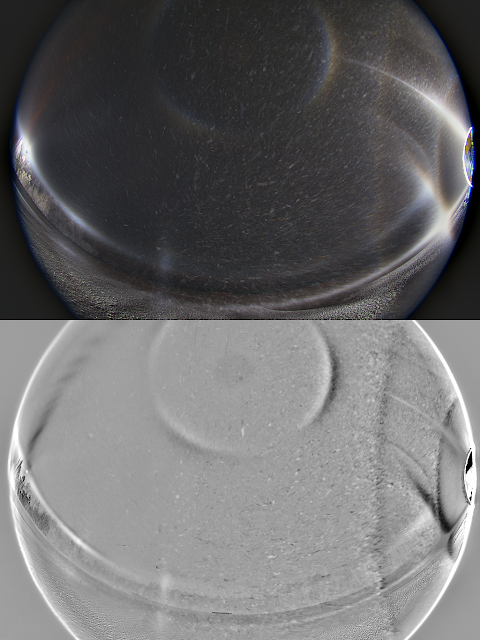 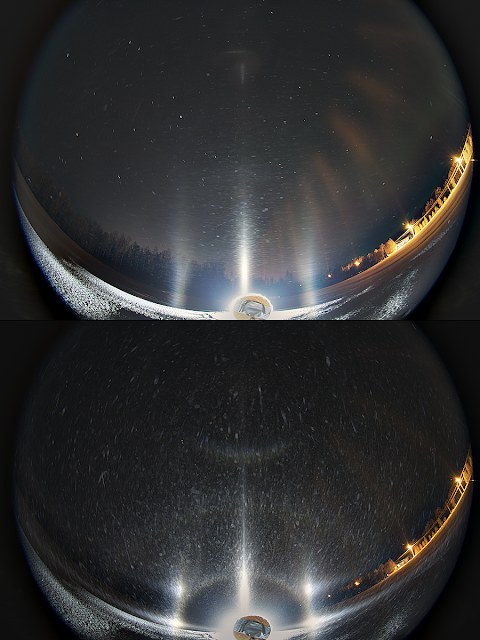