Two rounds of week-long odd-radii outbreaks swept across southern China in July and August. The second outbreak turned out to be the more noteworthy one, involving predominantly Chengdu-like low sun plate displays ( http://www.thehalovault.org/2018/10/time-machine-chengdu-display-from-july.html ).

Zhong Zhenyu, a member of the Chinese skywatcher community chat group, went halo hunting with his DSLR on August 21 after being informed of the on-going outbreak in his area. The community's collective effort paid off and Zhong was treated with some great celestial rarities.

Upon first glance, the scene immediately reminds us of the Chengdu display, with 3 colored arcs piling up to the right side of the sun. The arc in the middle possesses the same color separation as the other two, especially when USM is applied.


B-R analysis later carried out by Nicolas Lefaudeux further confirms the arc's authenticity. The left-side component also shows up in the processed image. At this point it's quite clear that we've got the third confirmed sighting of 28° arcs in China.


Over the past few years, this type of weak, low sun odd radius plate displays occur rather frequently during summer monsoon over southern China. Now with 3 confirmed and 1 possible cases of 28° arcs within 3 years, chances of these plate displays involving exotic arcs may not be as slim as we expected.

On the evening of Saturday, 17th August 2019, I observed this complex pyramidal halo display. In total, I saw a faint 9d halo, lower 9d plate arc, bright 18d plate arc, 18d halo, upper and lower 24d plate arcs and a weak upper 23d plate arc. This display is very similar to the one I captured in 2017, the only difference being the one in 2017 the lower 9d plate arc was bright and colorful and in the present display it was weak. 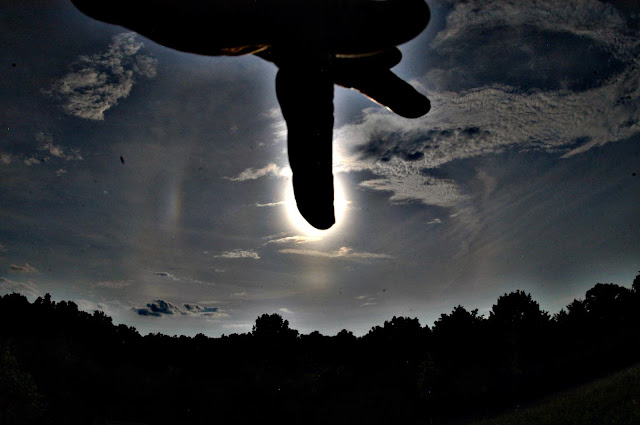 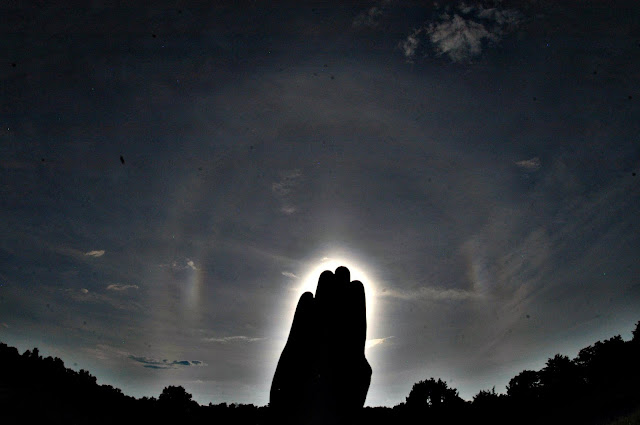 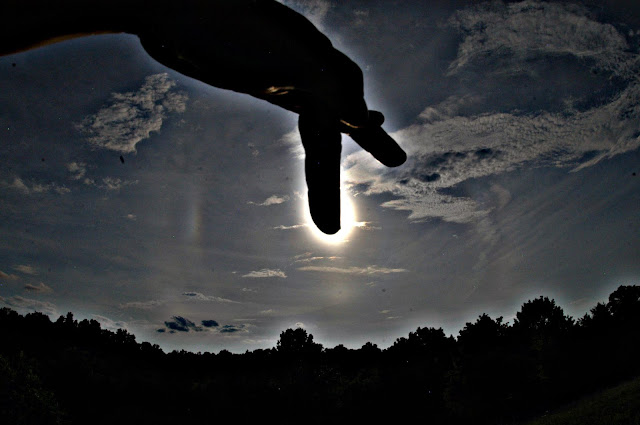 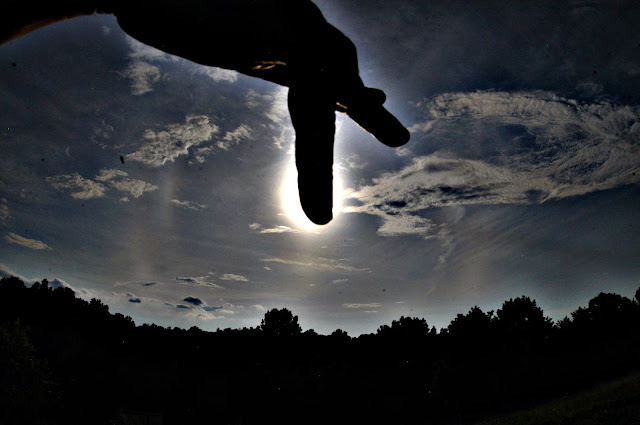 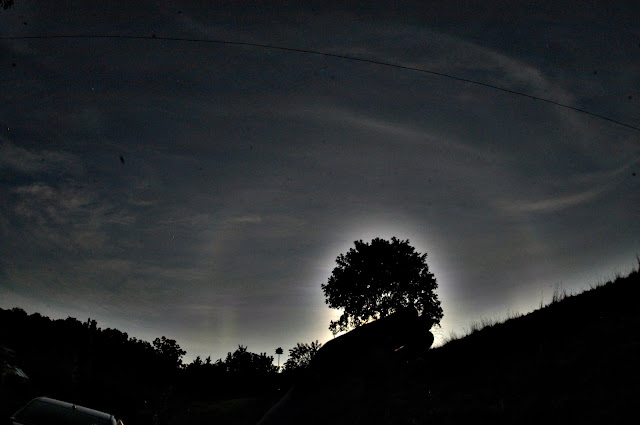 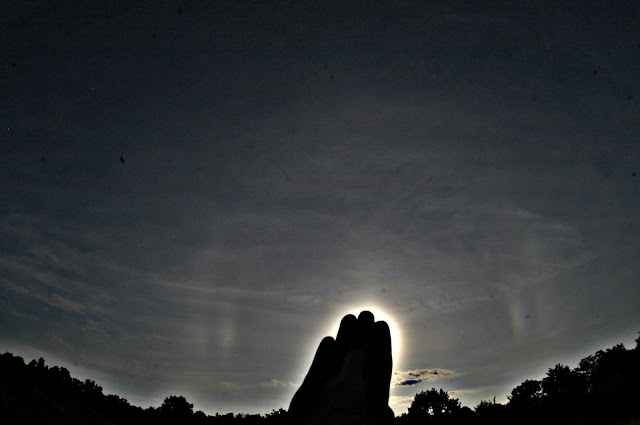 Posted by Michael Ellestad at 04:41 3 comments: