Just under a year ago, we launched Project Kern, the aim of the project being to “try to photograph as many Kern arcs as possible [in a twelve month period]…. to better understand their frequency and to ascertain whether they really are the rarest of the rare”. I am very pleased to announce that almost at the end of the allotted twelve month period of the project we have received our first Kern. 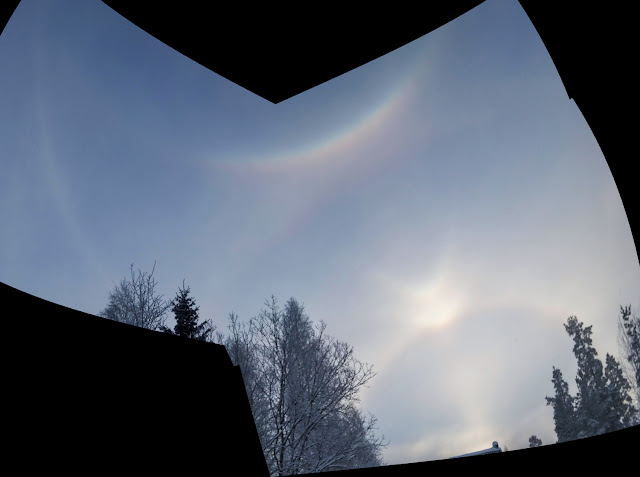 On 20th January 2018, Pasi Vormisto observed an excellent halo display whilst driving just outside the town of Nokia close to the city of Tampere in Finland. Upon finding a suitable parking spot, he managed to document the whole of the display and in so doing photographed several rare halo forms including Tape arcs and 44° parhelia. However, of great interest to us is the Kern arc which appeared in a couple of the frames. One of the characteristics of this particular example is how bright it appears to be. It is readily visible without any additional processing and one wonders whether it would have been visible to the naked eye or in a mirror. One might also speculate as to what kind of monster this would have become if a sequence of images had been taken on a tripod for later stacking. However, every credit must been given to Pasi for even remembering to photograph the area around the circumzenithal arc. All too often, observers become transfixed by all the ‘action’ occurring in the immediate vicinity of the sun. 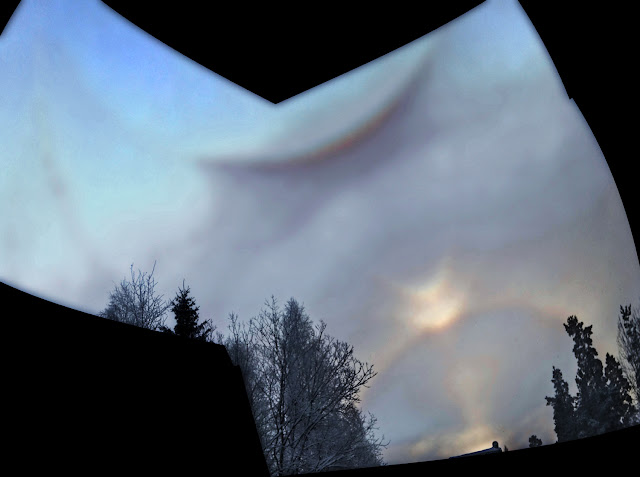 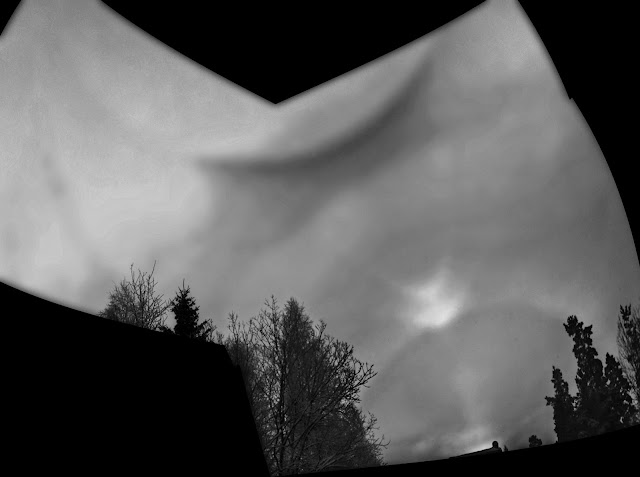 So then, can we draw any tentative conclusions? I think the jury is still out, but on recent evidence it seems as though they are appearing once or twice per year. For example, in 2015, we had Eresmaa’s two UK Kerns and in 2016 we had Riikonen’s daylight Rovaniemi Kern. Of course, we don’t know how many actual Kerns there were that went unobserved/un-photographed. Although Project Kern is now drawing to a close, there is still time to add to our grand total of one. If it has taught us anything, it is the need to encourage as many observers as possible to routinely photograph the area around the zenith and better still to stack their images. In this way we may better understand their frequency and distribution. 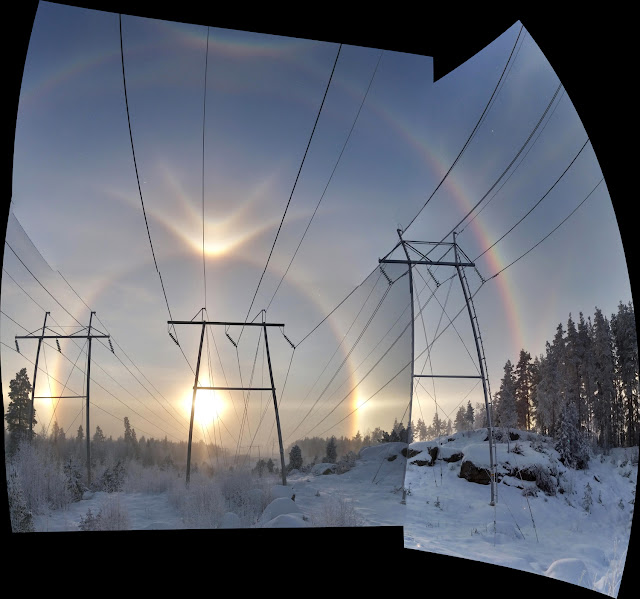 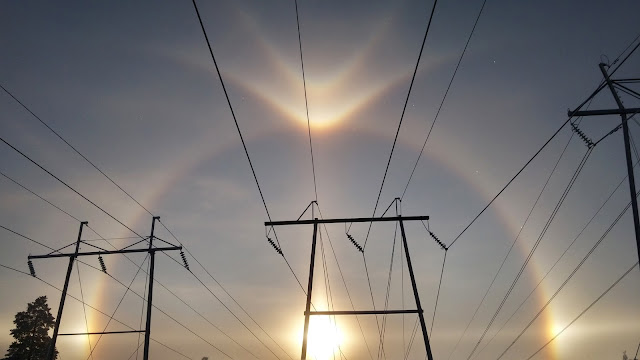 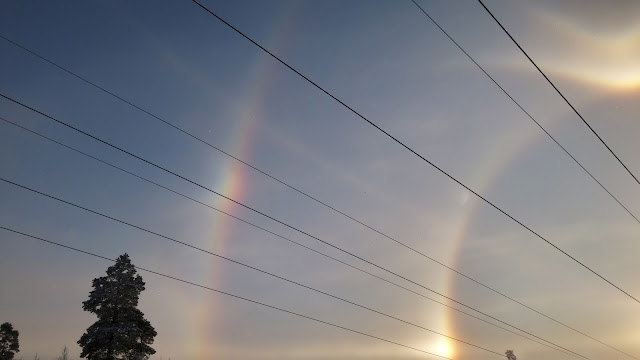 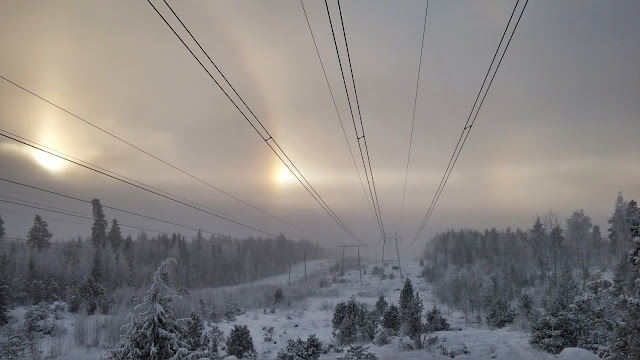