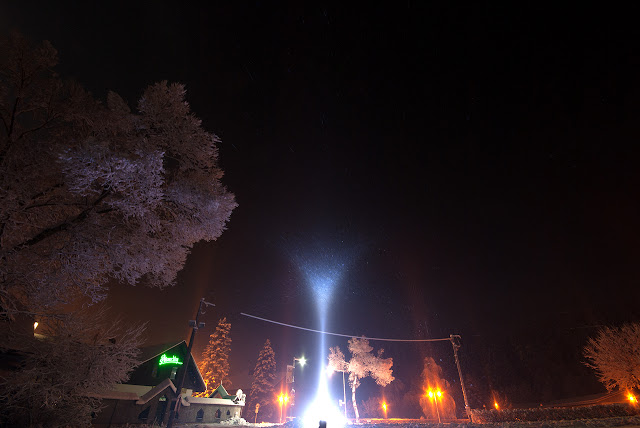 This year's winter in the Czech Republic is very mild. Only three situations occured with enough moisture and deep enough temperatures for halos to form. January will be most probably somewhere around 3°C above normal. NAO (North Atlantic Oscillation) is most likely responsible - with it being well in the positive values, constant flow of low pressure systems from the west hinders any chance for very cold continental air to move in from the east. While this mode brings fairly moist oceanic air, temperatures oscillate around zero degrees Celsius, which does not correlate with halos.

On December 29th, 2017 it was different. Rather cold and moist air settled in the Czech Republic, influenced by a low centered in Scandinavia and high pressure ridge from the SW. As the temperatures were dropping well below zero degrees Celsius, I decided to keep an eye on the cameras in case something was happening.

And it sure was. A few hours after the sunset, they started the snow guns at Kyčerka ski centre. Only a few moments later, bright and glistening upper tangent arc could be seen extending from a strong lamp situated at the ground level of the ski slope.

I decided not to waste any time and quickly packed my gear along with a new spotlight and headed for the ski centre. I "packed" a friend with me, too.

An interesting addition - the route for the ski centre begins rather tediously, leaving the town of Ostrava and heading for the glorious mountain ridges and crests of the Beskydy mountains. As you're approaching, beautiful scenery opens up. The brighter the Moon and the larger the snow cover the better. This is a picture of one of the many ridges, lit by an almost full Moon. It was taken at a different time, while also heading for halo hunt.

To arrive at Kyčerka, you have to drive over some of these ridges. And as we were at the highest point of our journey, we eventually drove through cloud cover. Only waiting for some nucleating agent, as the temperatures were somewhere around -6°C.

We were only 2 kilometers away from our destination and at Jezerné (a much smaller ski slope in Velké Karlovice) the halos already started. 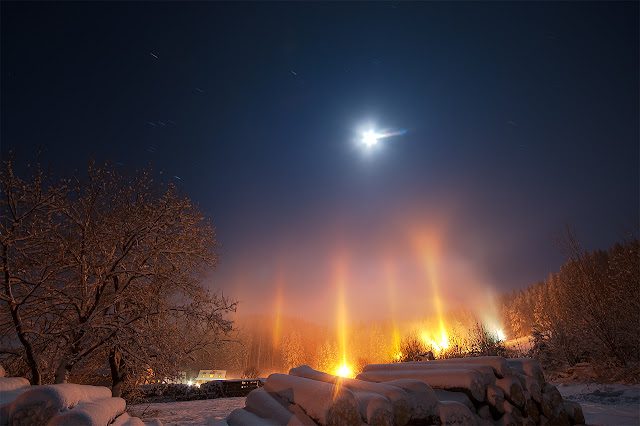 At our destination Kyčerka, the snow guns were on full blast. And even though the cloud cover we drove through previously only hovered above the highest peaks, well far away from Kyčerka, soon the crystals developed and began to swallow the whole valley of Velké Karlovice in a thick ice fog. For the first time ever I've experienced the marvelous glints in a bright spotlight. 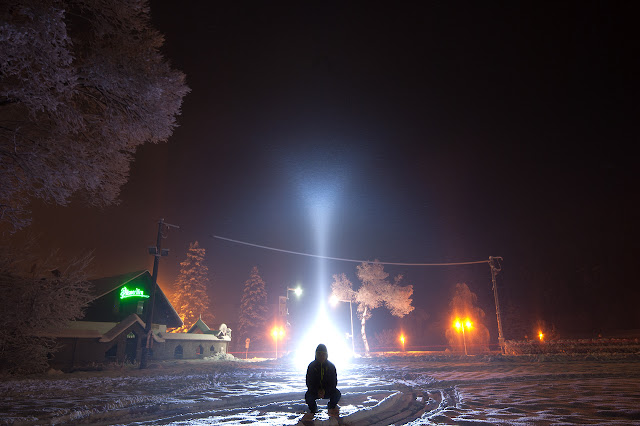 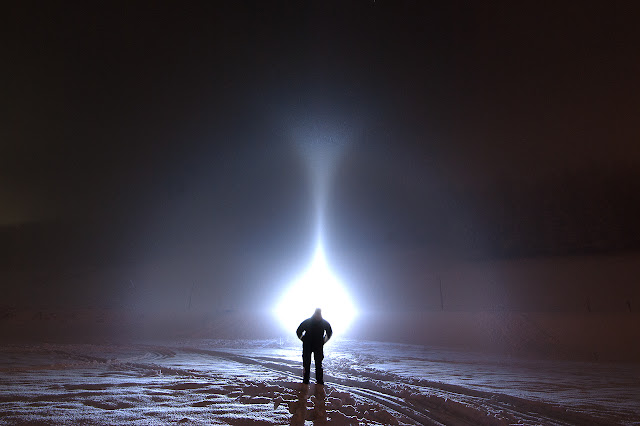 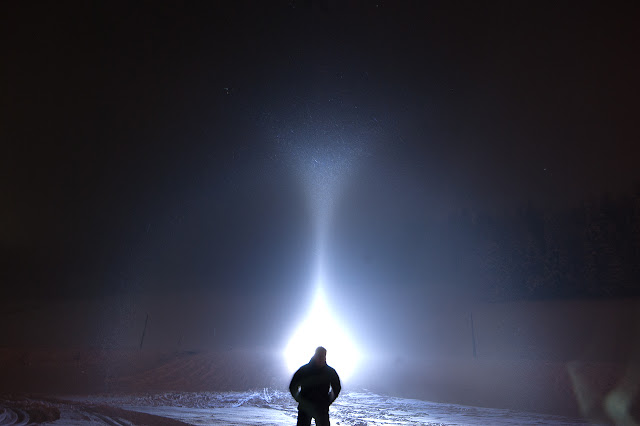 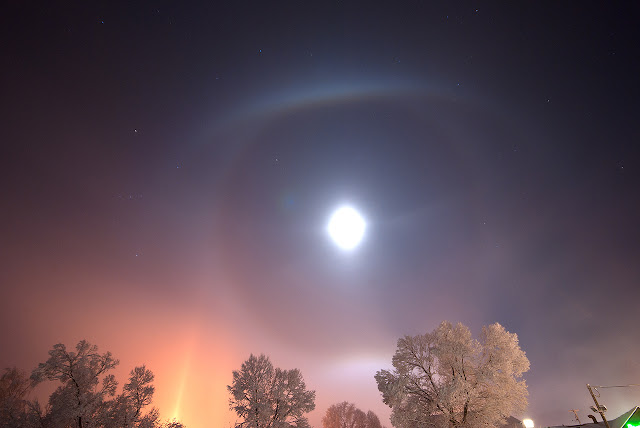 Unfortunately though, the temperature didn't drop much below -10°C, so plates were almost non existant. There were glints where parhelions are supposed to be, and in the photos some brightening at the left and right sides of the 22° halo are visible, but it wasn't enough to produce major light pillars, CZAs or others.

I am a little bit scared that there may be only one situation ahead - the temperatures are forecasted to drop at the end of January, but I don't think it will be any different. So it doesn't seem like I will be the first one in the Czech Republic to hunt the Kern arc. Or at least.. not yet!