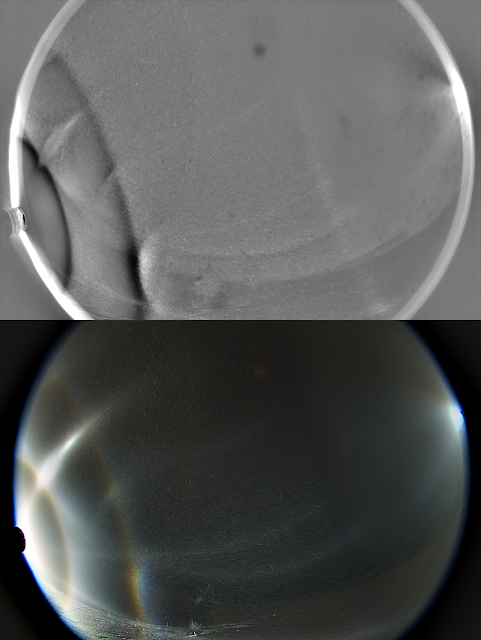 Here is a collection of images showing an arc that looks like a downwards curving Hastings or Wegener. It's nothing new: the arc was first observed in Rovaniemi on 23 November 2015 and again nine days later in the evening of 2 December. I don't know how it is made, but it seems to occur when the display is suboptimal as compared to its best development. A halo that thrives on (relatively) crappy crystals?

In the display on the evening of 14 December 2016 this anomalous Hastgener was captured on several stacks, one of which is shown above and which also has normal Hastgener. Below are two more photos of which at least the left side one shows the effect. It was true to form, as these stages did not represent the peak of the display. 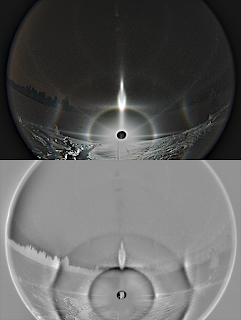 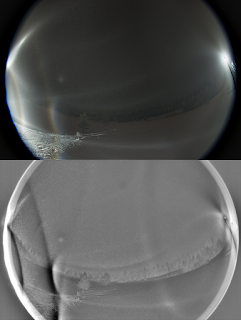 There was an additional oddity: the Hastgener / anomalous Hastgener has a kind of parhelia near the tangent arc. The feature occurred intermittently and was well visible to the eye. Below are two images showing this "parhelia", the one on the left is a single frame. The brightening seems to be also present in the main image above. 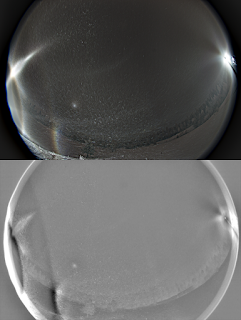 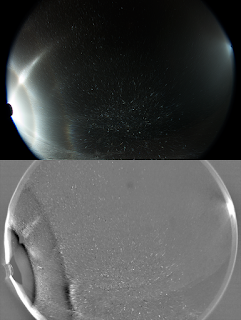