The lamp in the photo is a couple of degrees below the horizon and there are 18, 20, 24 and 35° plate arcs. Plus a bit of a helic arc that in this kind of display could be of the odd radius type or at least contributed by it. This stage lasted only a few minutes after which lesser halos were visible for the rest of night. Under the outdoor light shining in the photo an upper 23° continued its presence longer. The display appeared on the night of 5/6 January 2017. Temperature was -27° C.

The photo below shows the location. The camera-lamp configuration is not the same as for the photo above, where the lamp and the camera were more level. 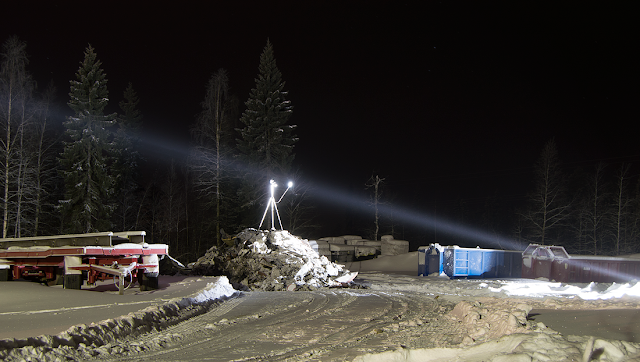