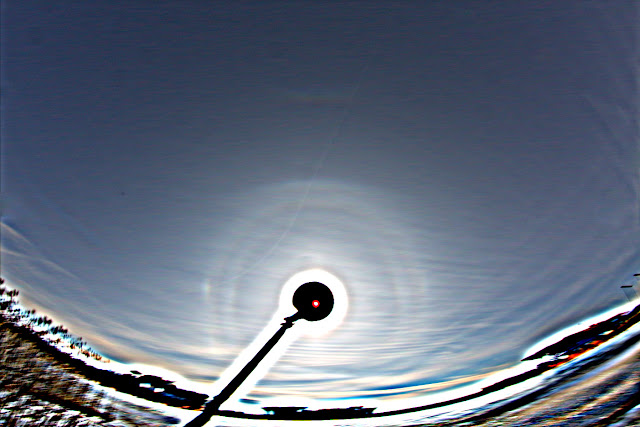 Yesterday in St Petersburg was an odd radius display with a predominance of plate forms.

The morning was cloudy. Around 11-30 sky started to clear. After half an hour the whole sky was covered high clouds. But I did not see any halos. It seemed it was usual bad clouds, which not produce halos. Nevertheless, in some moments I saw very weak and wide 22° halo with something resembles upper 23° plate arc. Also was an episode when I saw compact CZA, which apeared without parhelia. My suspicions have only become stronger, about that I faced with subvisual odd radius display.

It was fourth display since 15 February, which includes pyramidal halos.
Posted by Nikita Kulanov at 14:13