Some photos of a Rovaniemi spotlight display 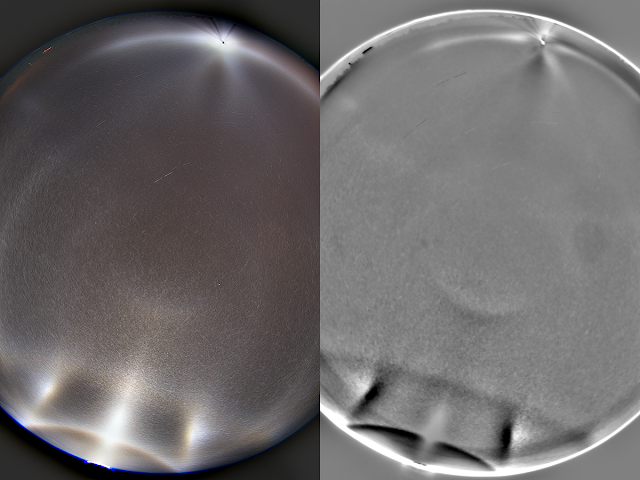 This was seen on 24 January 2017 in Rovaniemi. The image above is a total of 24 minutes exposure (48 frames). It shows all four kaleidoscopic arcs, which is not really that uncommon combo in the beam reality. Just before the diamond dust disappeared I took also a rare positive elevation lamp shot as shown below left. It's got 5 minutes total exposure. Below right is one of the first sets of the evening with 3 minutes exposure. The br reveals the insides of 46° and 22° halos are somewhat reddish.

It was quite cold, I think temperature was somewhere around -28° C towards the end of hunt. Unfortunately my halo hunt diary is no more because the folder called "halo" recently disappeared from the computer desktop without leaving a trace. It seems the universe don't want those notes to exist. Already earlier this season it got corrupted, all letters turned into #s. But I have a safety copy which has last winter's notes. At least for the time being.

Thanks to Panu Lahtinen, who stacked the image above when my Halostack had some mysterious glitch. 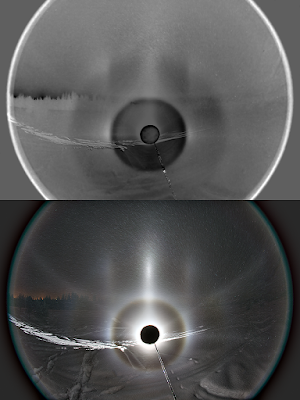 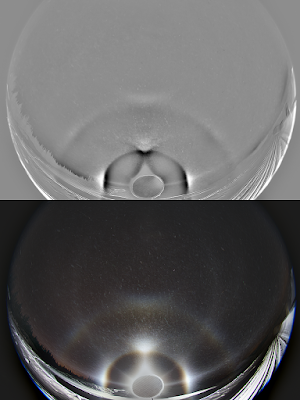