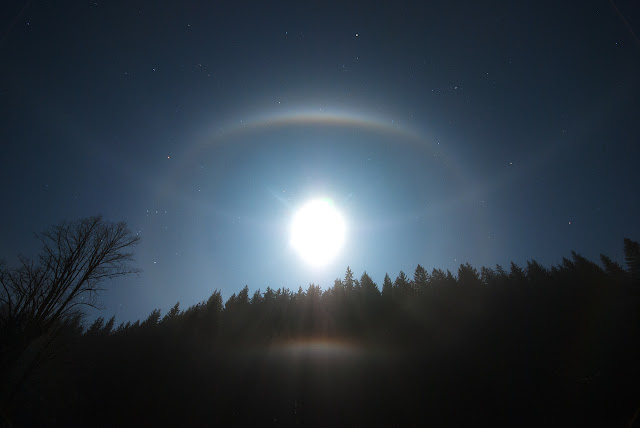 On the night of 15th November 2016 (the night of the "supermoon") I was out of the city photographing the full Moon. The humidity was extremely high, which was evident by a huge aureola that was surrouding the Moon. 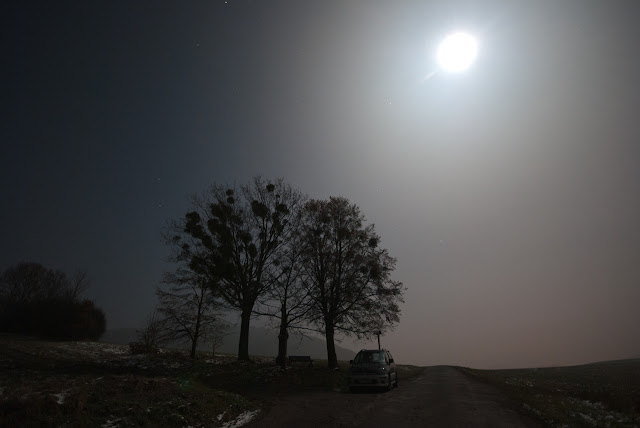 I was keeping an eye on webcams located at nearby ski centres, because the temperature was dropping below zero and snow coverage was scarce, therefore I was hoping for some snow gun action.

Few centres were operating the snow guns, but no diamond dust formation could be seen, so after a while I decided to return back to the city, but still keep an eye in case the conditions change. According to my previous post, Bílá ski centre is supposed to be the holy grail of diamond dust halos around here. But that is not true, there is another ski centre which generates diamond dust very frequently. I stayed up the whole night because I knew something would happen, and I was right, the ski centre I was talking about started generating halos, so I packed up my things and went again.
It is slightly further away than Bílá, so the trip took a while, but it was totally worth it: 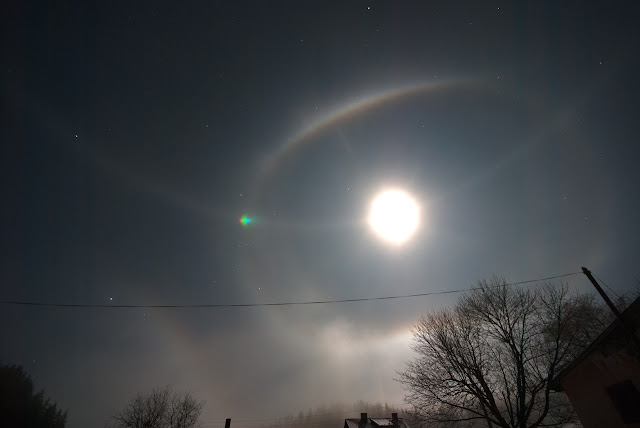 This display, to my astonishment, was generated by a single snow gun (in the picture above it is located just behind the trees). No low hanging stratus, just high humidity and one snow gun. And it wasn't even on my previously planned location, it was actually a few kilometers ahead of it.
There are some indications of Parry oriented crystals, uppercave Parry is present and lowercave maybe too. indicated by a brightening on the circumscribed halo. Lowervex Parry was not seen. Wegener was maybe there, but the display itself was changing quite rapidly and I don't think my photos captured it.

Eventually I have decided to finish driving to my location. No halos there, and as I was returning, only faint and diffuse 22° halo was the only one left in the sky.

The crystal swarm was fairly thick, which can be seen in the main photo - the infralateral arcs were hanging in front of the forest. An amazing sight. 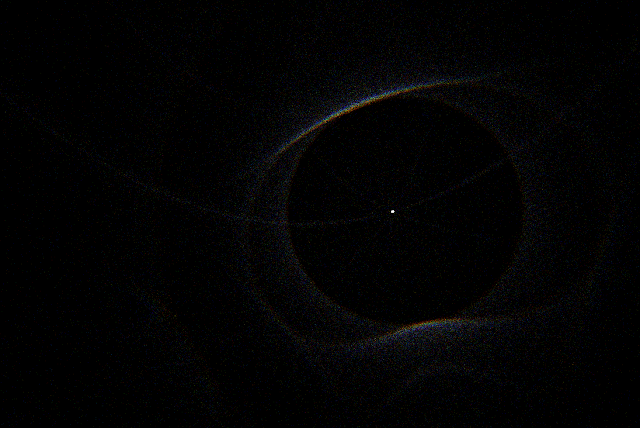 Fun addition: I had actually forgotten my gear at the location, and only realized it at home, so I had to return. It was still there!
Posted by Matěj Grék at 17:31