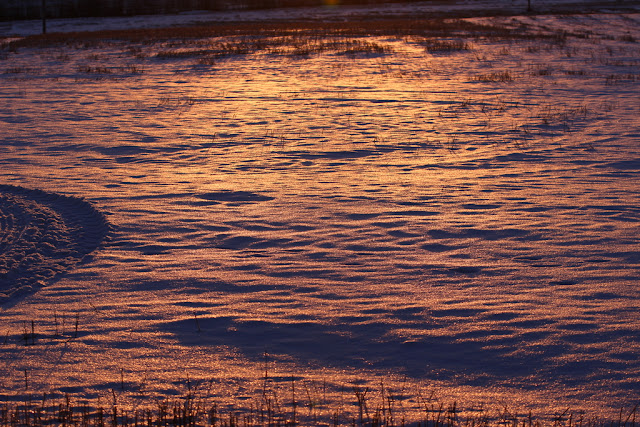 Recently surface helic arcs were observed in Finland. The two photos of this halo by Mirko Lahtinen, above and below, were taken in Jämsä on the morning of 21. January (original observation). The third photo further below was taken by me the following night in Rovaniemi (original observation). It shows segments of surface helic arc on a car roof in streetlamp light. Suitable crystals had grown only on car roofs, nothing was seen on the ground despite surveying some lakes and fields around Rovaniemi.

In both cases the charasteristic cover of large, sticking-out frost crystals served to give heads-up for the possibility of the phenomenon.

Surface helic arc has a crossing angle different from celestial helic arcs. It is thus a genuine surface halo. Not many have been observed. See Les Cowley's OPOD post about two earlier instances of the effect. 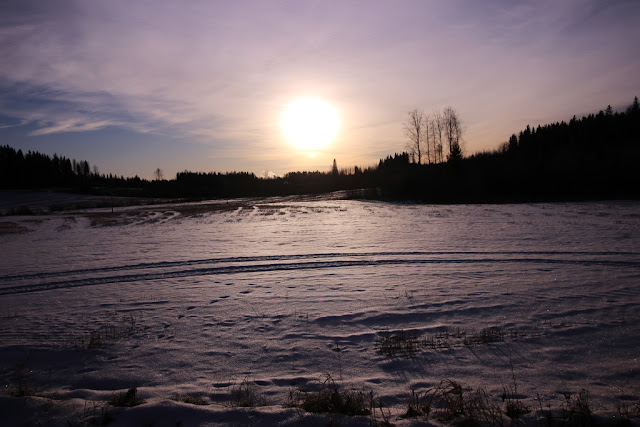 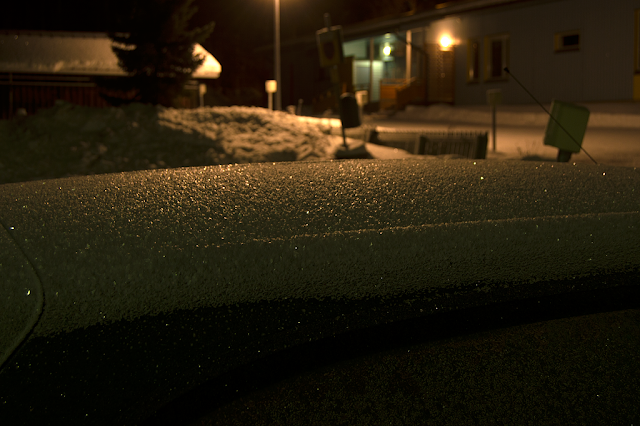