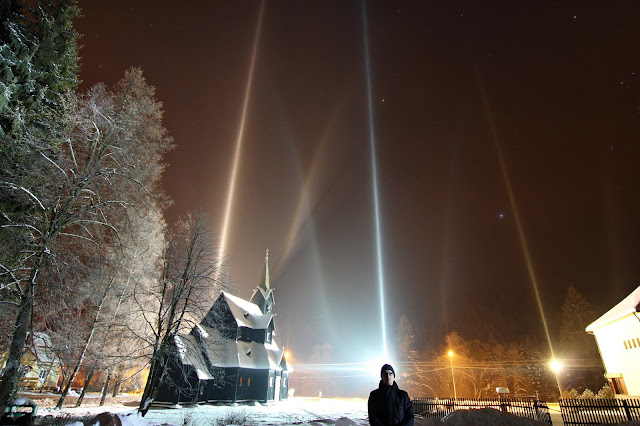 At the night between 18th and 19th January 2017 me and my friend Daniel decided to try our luck and head towards the Bílá ski centre (approx. 50 km away). Before we headed out, we checked the webcams located at the centre. All cameras showed sharp and tall light pillars extending out of every light source. Faint superparhelia were visible, too.

The crystal swarm was extending 3 km away from the centre itself. On the way there, upcoming cars spawned tall light pillars and visible parhelia.

Just as we arrived, the centre closed down and turned off the lights. We parked near the slope and noticed that it was completely overcast. The crystals were in the form of very thick fog that was hanging in the valley. More on the "weather side" later.

As we walked for a few hundred meters away from the centre, we stumbled upon a very bright lamp illuminating a local church. Only a sharp and tall light pillar was visible. But as we stayed for a little longer, the whole situation changed and superparhelia started to appear. At first they were hardly noticeable, but with each minute they were getting brighter and brighter.

We decided to try our not-so-much bright "spotlight" to see if anything interesting appeared. And yes it did. By shining the lamp towards the snowy surface, true divergence took form and divergent sub-parhelia appeared. They were eerily 3D, hanging in the air. Along with them, an extremely bright and tall light pillar was observed, too. 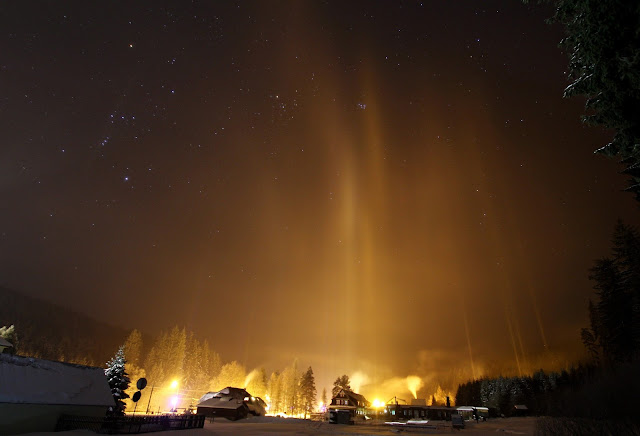 A multitude of light pillars 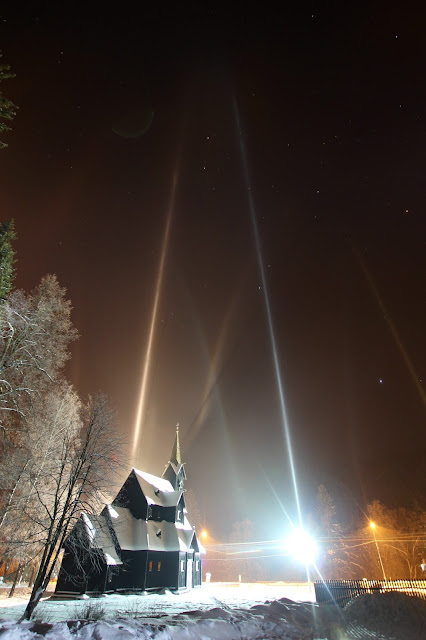 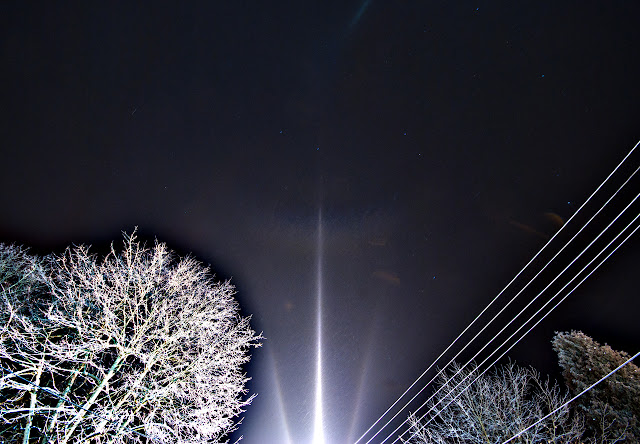 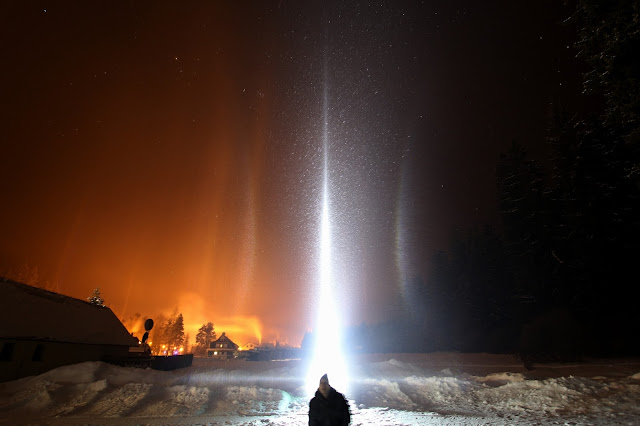 Now let's discuss the weather situation a little. The temperature reached below -16°C which was lower than other temperatures observed at meteorological stations (due to the topography). The ski centre was at the time actually located at the edge of a low hanging stratus that was just barely touching the mountain ridge. The snow guns then probably nucleated its lower layer and the crystals started to precipitate out. Below is a georeferenced image from the Suomi-NPP satellite along with the location of the centre. The microphysical product along with a high resolution of the image shows how the edge of a low stratus (yellow colour) extends towards our location. Now bare in mind that this image was taken approx. 1 hour after we left, so the stratus actually retreated a little by that time. There are two "branches" of a low stratus visible at the image. The right branch follows the exact location of a local dam called Šance. The left branch follows a river called Čeladenka. 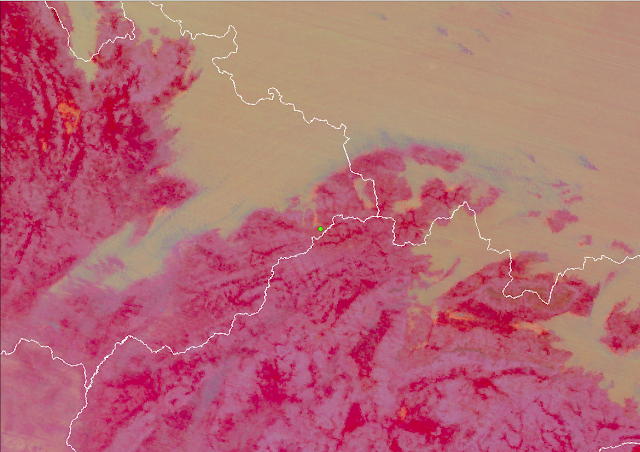 What stuns me about this location is its abundance of diamond dust occurrences. Almost every time the snow guns are operating, a crystal swarm is created within minutes and light pillars are always visible on the webcam images. I have a theory about why that happens: 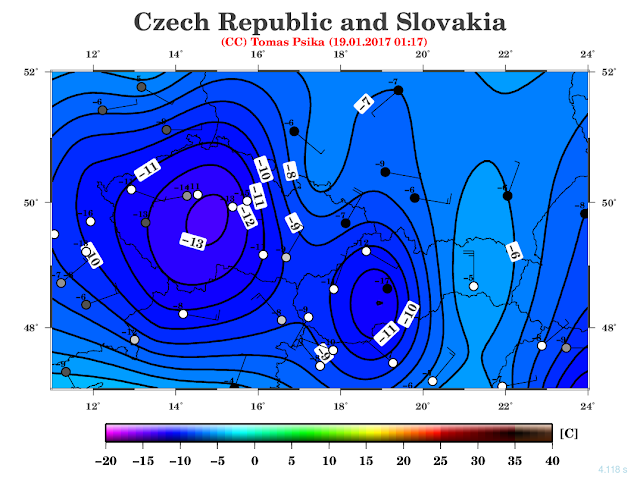