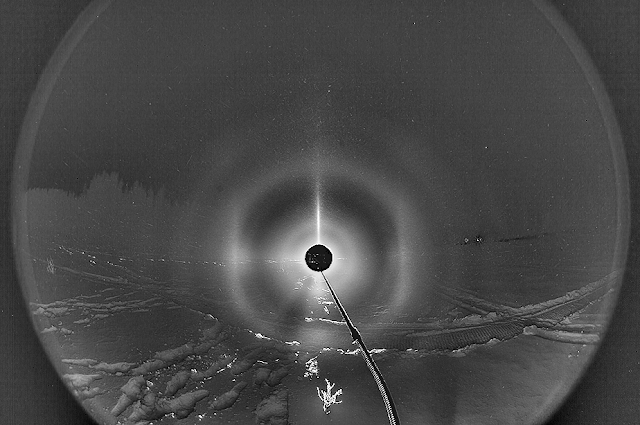 Here is a photo of a diamond dust odd radius display in the spotlight beam. Of the less commonly seen halos visible are lower 20° and upper 35° plate arcs.

The image which is a stack of several photos, was taken in Rovaniemi on the night of 6/7 January. The odd radius stuff seemed confined to this particular location, Rikanaapa bog, to which we paid several visits during the night. From our observations and the photos taken it looks like the display remained there pretty much unchanged through the whole long night. The crystal swarm originated from snow guns 6 km away.
The version above, which shows the halos best, is done with the “blue-minus-red” method. Below is also a version with minimal intervention and a one with an unsharp mask.
The display has lower 24° plate arcs and it seems like there may be the lower 9° too. As the lamp is about 5 degrees below the camera, that makes these plate arcs of the 23-5 and 23-6 type respectively. In other words, the B-components for these arcs, if you will.
Nicolas Lefaudeux / Marko Mikkilä / Jarmo Moilanen / Marko Riikonen 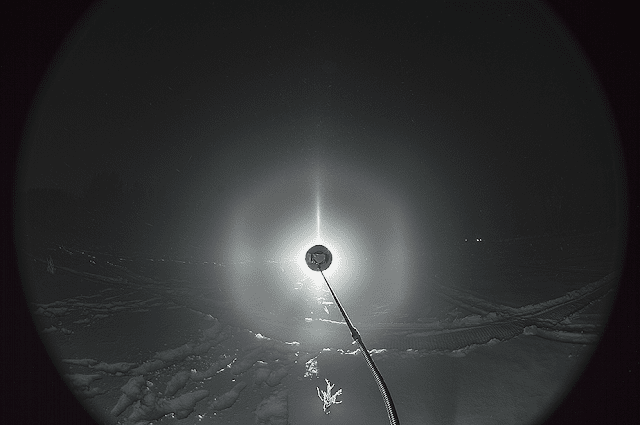 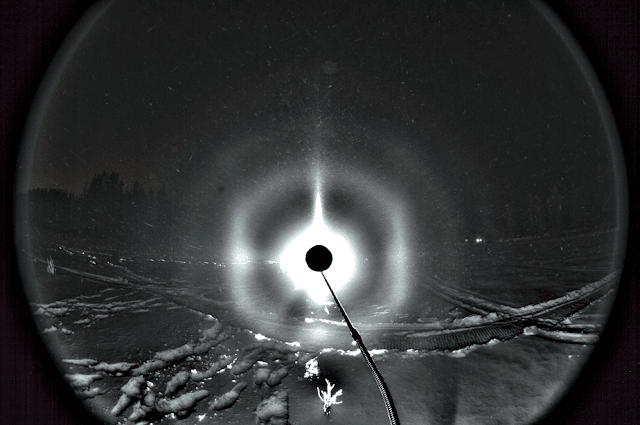