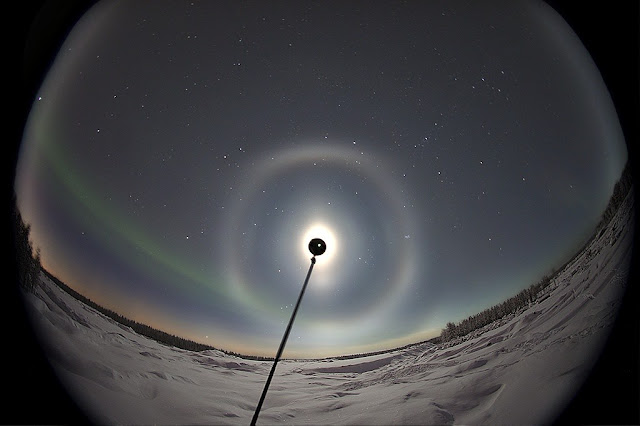 On four out of last five winters Tapio Koski has photographed lunar diamond dust odd radius halos in the Rovaniemi area. These one-per-winter occurrences are almost solely responsible for lunar diamond dust odd radius displays photographed in Finland during those years. This winter we wanted take part in the tradition. Yet despite numerous odd radius displays we had harvested in the beam, those by the moon – or sun for that matter – were simply not coming.

Except on the night of 20/21 January, which was the month’s last diamond dust night in Rovaniemi. During the day, when driving in the city, we paid attention to Fairbanksian amber, a beautiful yellow glow in the sun direction that can be seen in cold weather and with which we became familiar on the successful halo expedition to Fairbanks in January 1996. This gave us an omen of foreboding that a night of big odd radii diamond dust was finally on the cards for Rovaniemi. Weather forecast was with us too, as the temperature was expected to drop to -33° C – the magic number that Walt Tape has given as being in the centre of the temperature range favourable for odd radii.

The display appeared as some thin water cloud that had momentarily overtaken the sky cleared away. The first halo visible was upper 23° plate arc, many others soon followed the suit. In the beam only a crappy plate dominated display was visible – the pyramid stuff was higher up. 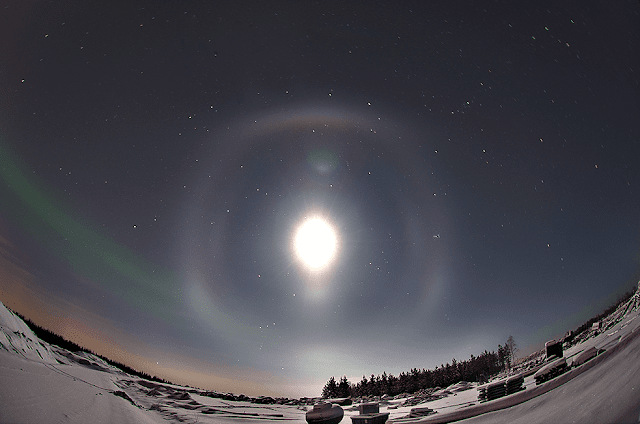 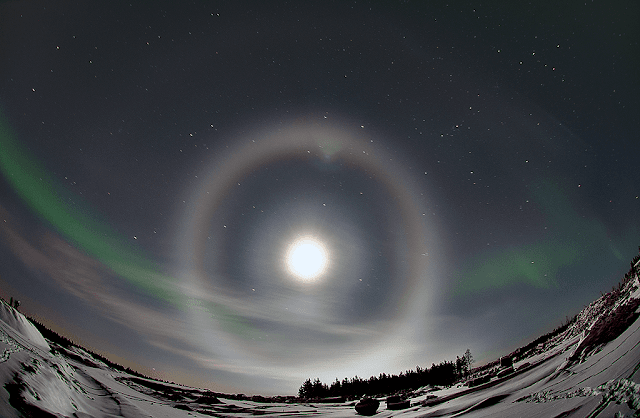 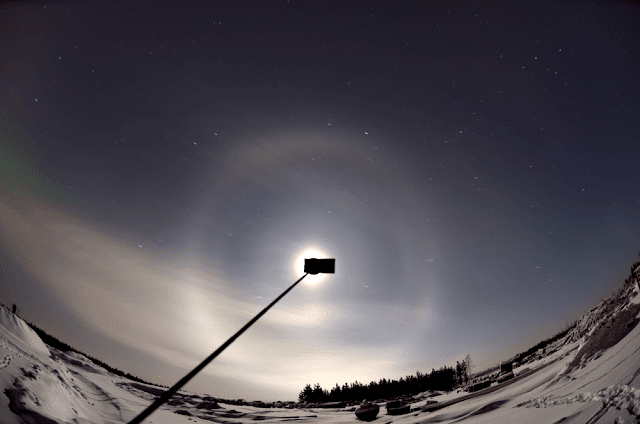 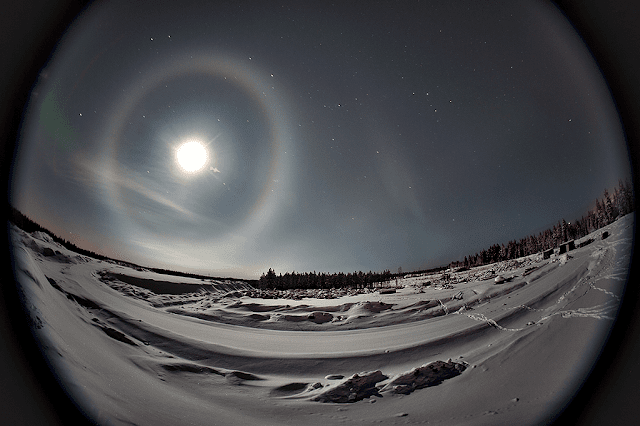 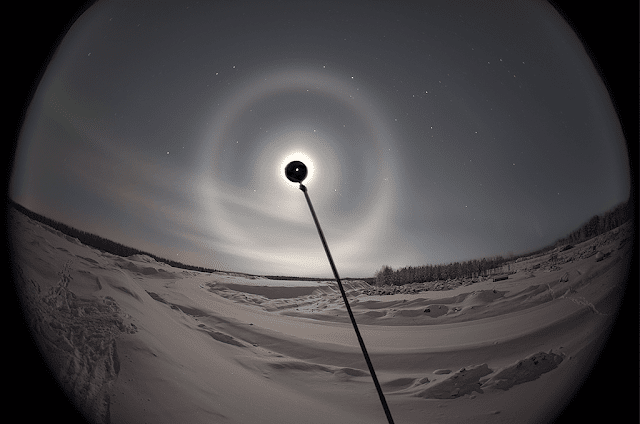 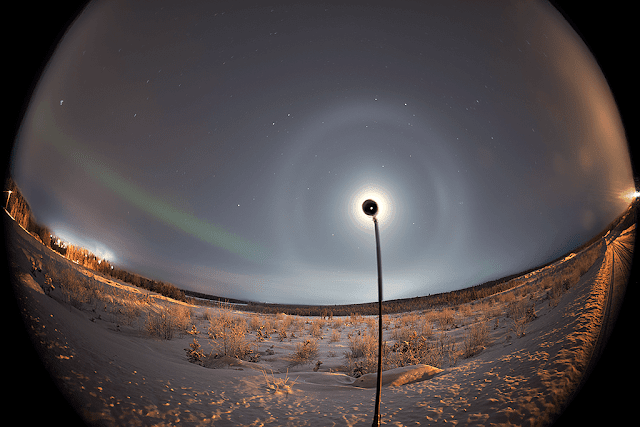