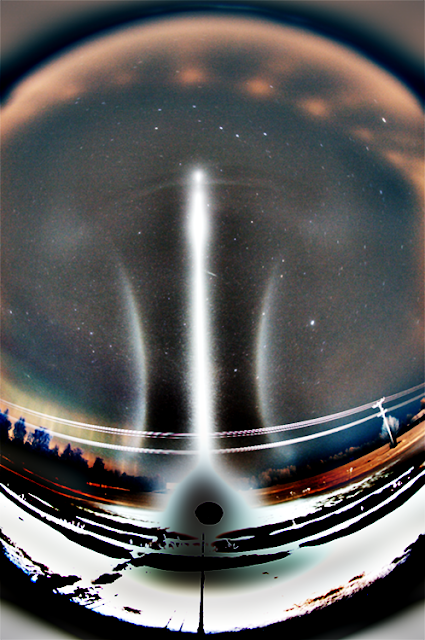 Sometimes it is possible to make a deliberate attempt to photograph something predicted by simulations. On the night of 6/7 January we made such an attempt on the diffuse spots of light that in simulations are seen next to the divergent light subparhelion.

The effect is formed by a mixture of subparhelic circle raypaths, including 3157 raypath and sub-120° parhelion raypath. Its exact shape and position depends significantly on the crystal shape, like for the Liljequist parhelia.

To obtain an omnidirectional secondary light source that was bright enough we pointed the lamp directly to the snow surface. We took photos, looked at them more closely the next day, and there it was – those smudges of light predicted by simulations.

The photo above is actually from a slightly better case on the night of 18/19 January. Next to it is a simulation. Below is the one on the 6/7th. 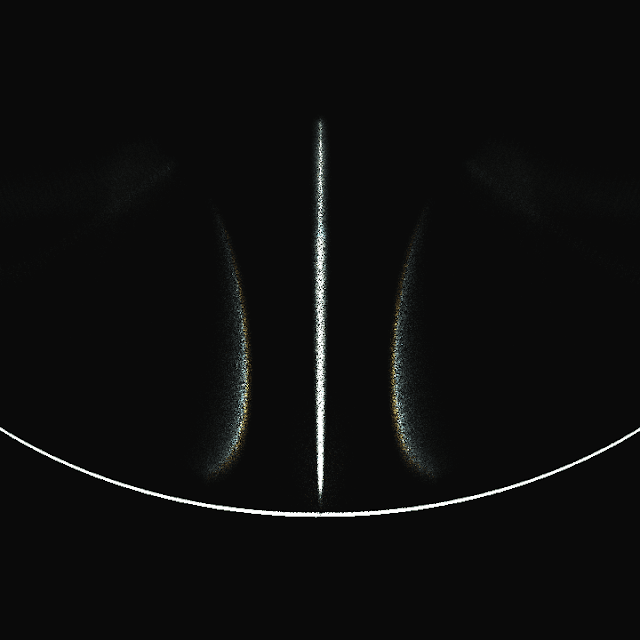 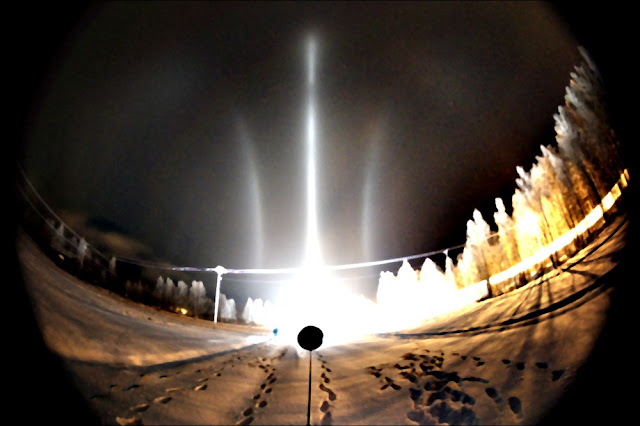