This was a good no-hassle night of diamond dust hunt. The swarm was stationary and I didn’t have to pack up every 20 minutes to follow its whims. During the 6 hours of observing it was necessary to move only once. Also, both two locations were quite good concerning the light pollution. Especially the second place, where I wrapped it up in the morning ours, had a really dark segment which I used to light up the anthelic region.


As for the halos, the start of the night at around midnight was not so inspiring. As I arrived to the snow deposit area near the river, a sneak peek in beam revealed a run-of-the-mill plate display and I though it will just get worse because the temperatures were in the bad range, around -15 C. So I decided I might as well give some minutes for the half-moon display that had a smudge of Moilanen arc. In photographs it was transformed into a nice V-shape.

Then I switched on the sacred light, and to my delight, things improved soon. First to be noticed, when standing a little outside the beam, was an odd intensity threshold which materialized into a helic arc. “Hastgener” followed the suit, it was a beautiful colored arc of crystal glitter. And as I turned facing opposite to the lamp, higher up in the sky were glittering the two vertical parts of the subanthelic arc loop. Nothing much suggestive of column stuff was evident, neither visually nor from the camera display, so I was pretty sure the “Hastgener” must be a Hastings arc.

But was it? This post is about the two photos that I took towards the end of the night in the second location (which is another snow deposit site), where I moved after it got crappy at the first location. I have attempted to make a simulations of those two photos to test the issue, as shown below. While working on them, I also realized from the br image something of moderate interest: there are blue spots on both Liljequist and sub-Liljequist parhelia. 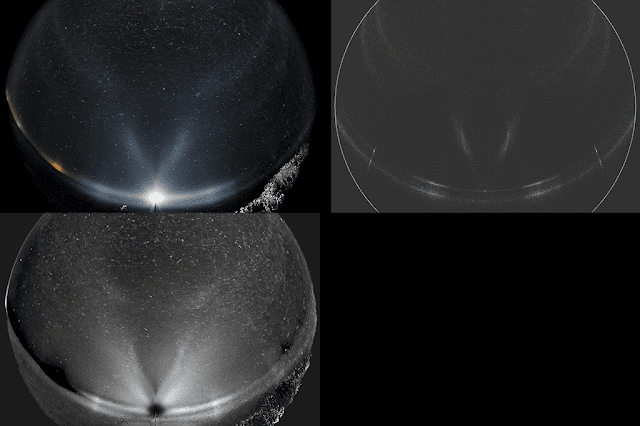 It was -20° C at the location where these photos were taken. 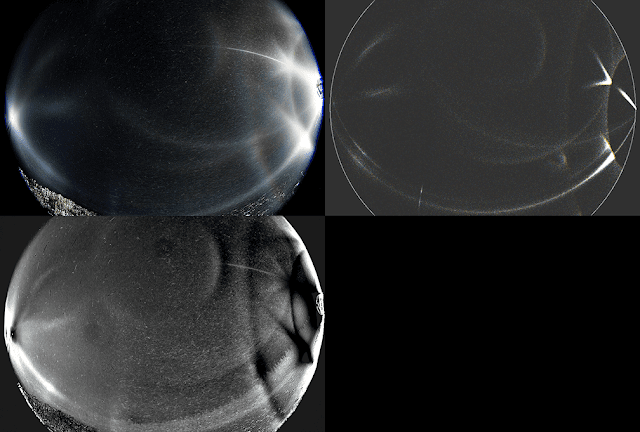 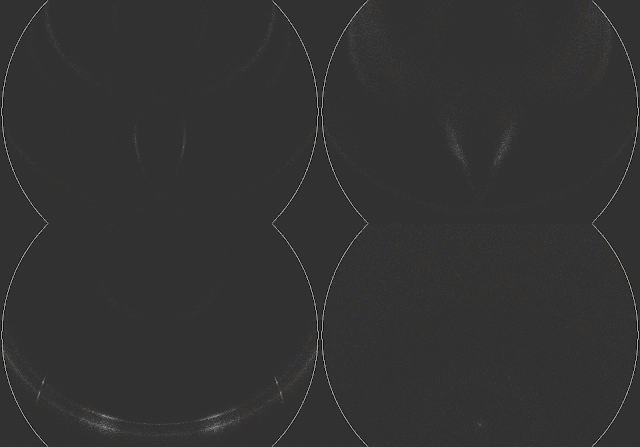 Because of the need for rotating population, I would play is safe and say we don’t have a pure uppervex Hastings here, even though the display clearly has Parry domination over columns. The photos taken earlier in the night at the first location may have a cleaner Hastings, but I need to take a closer look at them.

The simulation shows also a narrow slice of reddish color further out from the anthelic point, at the very edge of Liljequist parhelia. The red is there because the fainter outer half of Liljequist parhelia away from anthelic point is made by parhelia which is rotated by 120 degrees (raypath 3567). In br the red color would make a dark spot, but it is not seen in the photos. 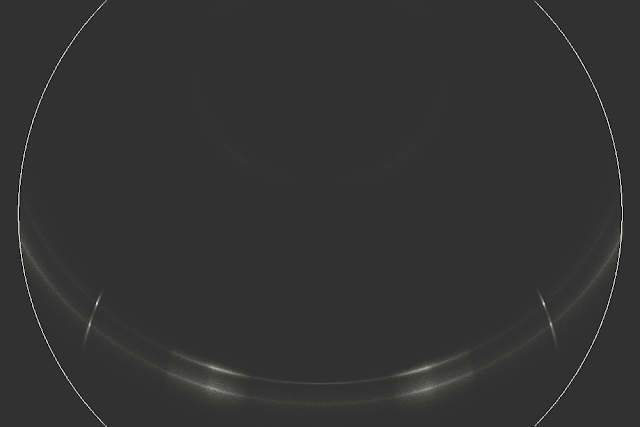 Everything said in the two paragraphs above applies also to the sub-stuff. The raypaths are the same, except for and added basal reflection.

So this observation of Liljequist parhelia blue spots adds to the growing list of various blue effects. The sub-Lilje blue spot we seem to have photographed already last winter on the night of 5/6 January, but normal Lilje blue spot is a new catch as far as I know. Other blue effects that have been photographed, in addition to the traditional parhelic circle blue spot, are blue circle, blue subsun and subanthelic arc blue spot. The latter has not been talked about, it is visible in my photo of a spotlight display from the night of 7/8 December 2008.

Correction: the subanthelic arc blue spot has been talked about in the comments section of the link above. 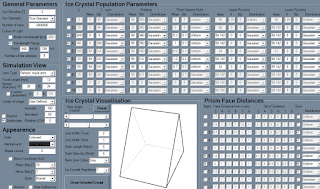