On the fifth of November the diamond dust season opened in earnest, when Esa Palmi photographed a major display at the Kittilä airport. While the sun side is always the attention gatherer, the main attraction of the display is really on the opposite part of the sky, where a strong subanthelic arc dominates the scene.

Of its loop visible are the segments on the sides, and we are used of having seen this kind of subanthelic arc more commonly in spotlight displays. Simulations tell such intensity distribution results from triangular crystals. Triangulars are regularly needed to model snow gun displays and here the source was the Levi ski resort some 10 km to the north. The triangle interpretation is also in accordance with the missing of uppercave Parry arc: the crystals are falling with their wedge pointed straight up, so only uppervex Parry can form. 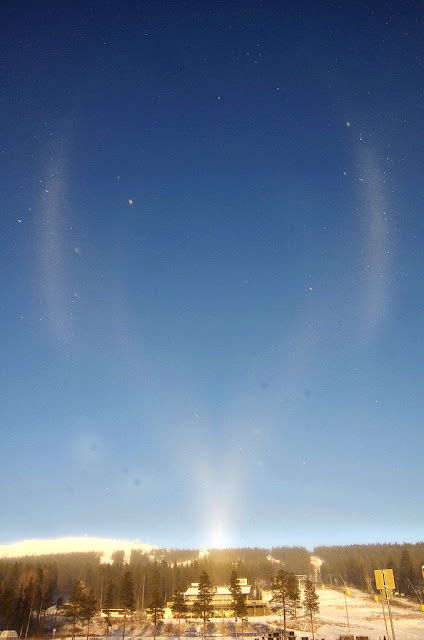 Palmi is familiar with halos and did a good job of documenting the display. If something more could have been done, that would have been covering also the area around zenith, where a faint and rare halo called the Ounasvaara arc might have lurked. It forms in triangular Parry crystals and the few known observations are from spotlight displays. Granted, solar displays don’t have as good contrast as spotlight displays, and so if the halo was there, it might have been impossible to see with the eye. But camera would have still recorded it. Actually, no one has seen Ounasvaara arc in spotlight displays either, all finds have been made from photos.

All Palmi’s photos of the display 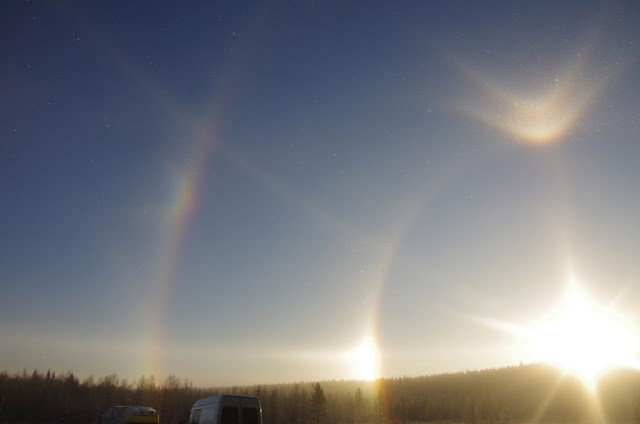 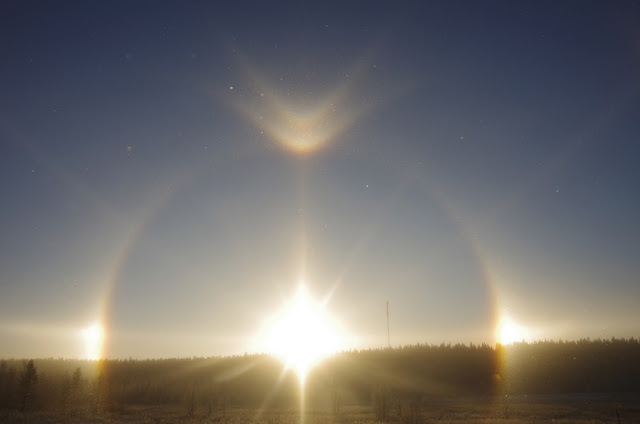 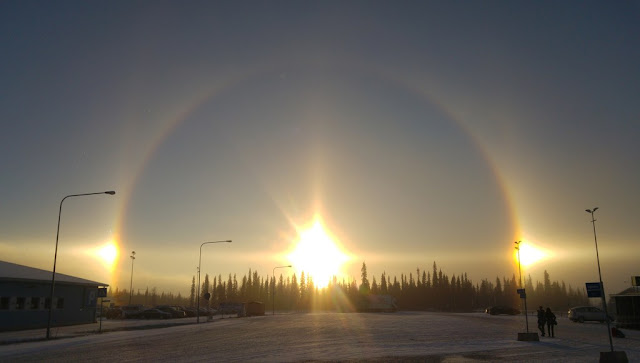