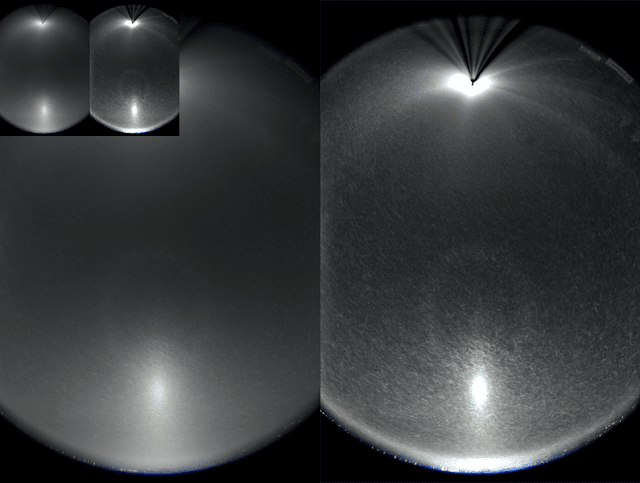 The four kaleidoscopic arcs carry in their name the location on the celestial sphere where their loops’ cross. For three of these halos – helic arc, Tricker anthelic arc and subanthelic arc – there exists photos showing the crossing.

But I knew of no such images of the remaining member of the quartet, the subhelic arc. So on the night of 5-6 November 2015 it was good to give it a try as diamond dust happened to form in an area where it was possible to place the lamp low.

It worked, although I must admit that there is really no actual cross to talk of as the subhelic arc sort of vanishes near the subsun. The display was better earlier, but then I was busy photographing at another spot nearby with less relief. By the time I moved the gear to the ski jump on the slope and took the photos for the stack above, the swarm had already lost its edge.

So there is room for improvement coming winter. Or maybe someone will photograph subhelic arc crossing from an airplane next time – just like the sub-120° parhelion and the missing segment of the subparhelic circle were photographed soon after their spotlight discoveries. 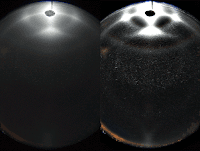 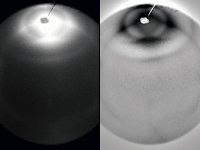 Finally, the photo below shows the display when the diamond dust had just formed. Just like here, this is often the best stage, so it pays to come early and wait for things to start. Further below are the crystals for this stage. The marked cavities are worth noting. Maybe that is why I was not able to get a satisfying simulation. The sample also contained frozen droplets straight from the snow guns – the machines were just a couple of hundred meters away.

The temperature dropped from -2 to -6° C during the time I was out (from 10 pm to 7 am). I did not take note of the temperature when the action started, but it was lower than -2° C. If there is anything at all seen before it drops down to -5° C, things tend to be very unstable, switching quickly between ice and water fog. 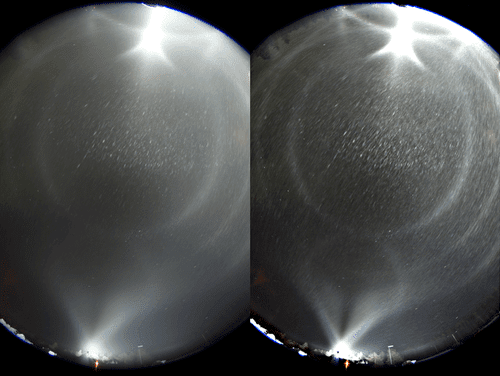 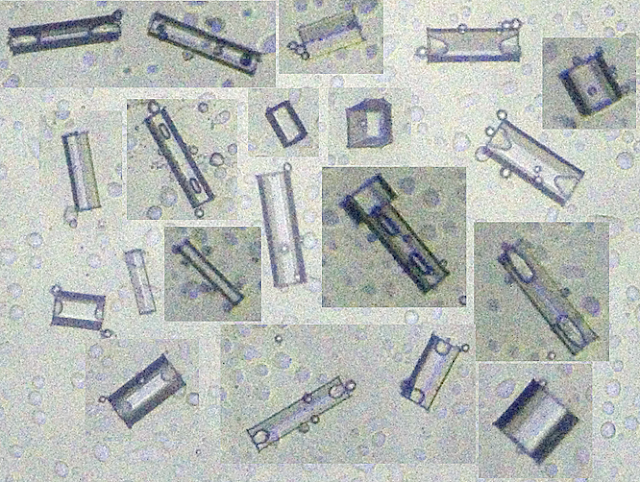 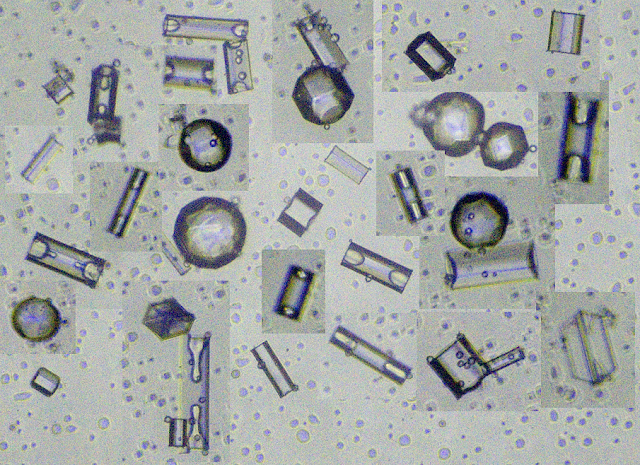 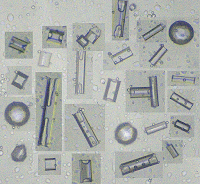