Spotlight display with a strong Moilanen arc (and a crystal sample) 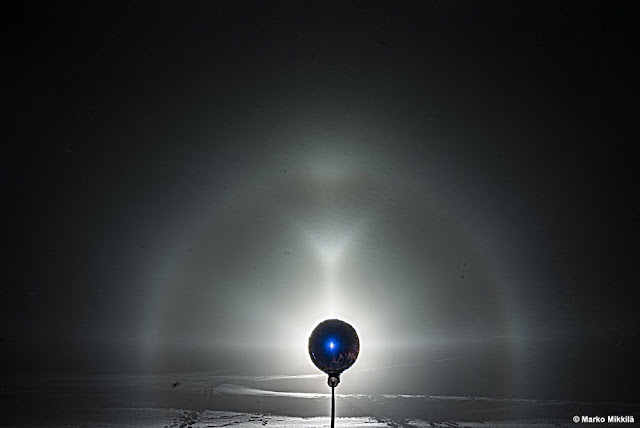 After having been hunting diamond dust halos since darkfall, at 1am we withdrew along with disappearing crystals back to the apartment to sleep. But this did not mean calling it quits. The forecast was for the conditions getting better, so every one hour each of us woke up in their turn to check the situation.


At 4 am it was time to go – there were streelight pillars over the city. In 20 minutes we were sitting in car and five minutes later arrived to the golf course parking lot next to the ski center. From there we walked to the golf field and away from ski slope lights and stayed there until 7 am.

The display was not dazzling, but it had a Moilanen arc that was strong in comparison to other halos. Consequently, in the crystal sample we expected an abundance of crossed long plates, which are thought to be responsible for Moilanen arc, but they were very few. Perhaps they were small and did no fall in the dish in representative numbers. In general, not much crystals settled on the dish.

Another thing about the crystal sample was that it contained some pyramids, and indeed a short lived 9° halo was seen in the beam when our cameras were not yet ready. Pyramids are often found in samples, but unless they are numerous, they don’t translate to actual odd radius halos in the sky.

There was some variation in the topography at the location, and so for a change, we had the lamp above the camera for all photos. The date is 23 November 2015. 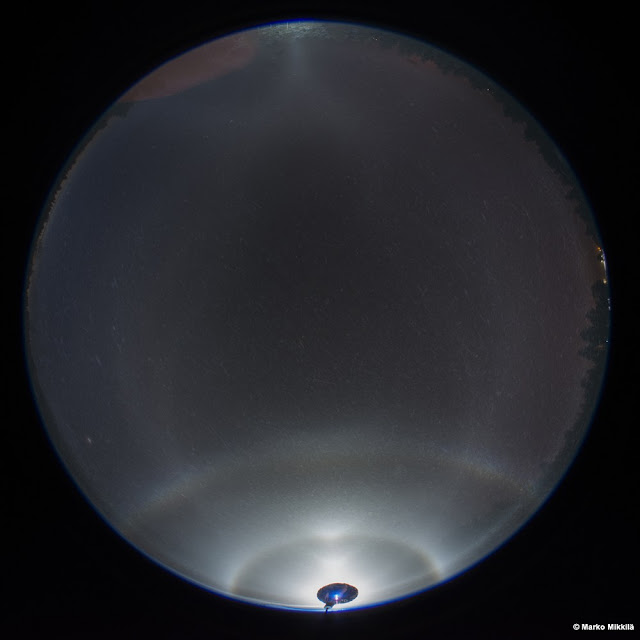 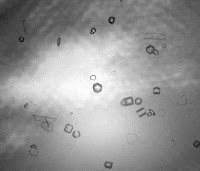 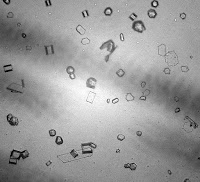 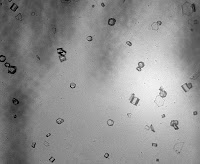 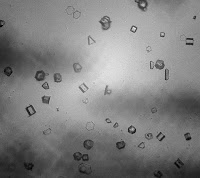