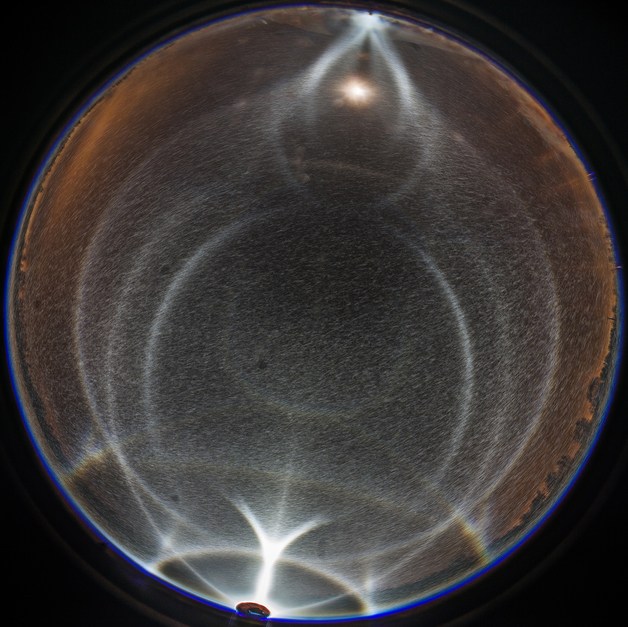 On 23 November 2015, we were watching diamond dust halos develop under overcast skies in Rovaniemi. As we stood on a rectangular field a couple of hundred meters across, we followed halos slowly gather momentum in the spotlight beam, reaching climax when clouds were cleared away for a short while – and revealing at the same time also a lunar display. Here is an excerpt from Marko’s observation log written the next day:

“The display just adds gear. We are looking at beautiful subanthelic stuff, subanthelic arc, diffuse arc… It becomes monstrous when the cloud almost disappears. That is when we get also a moon display with full parhelic circle. No one seems to be in a rush to photograph the moon display. The beam display is sheer grotesquery. The laser scapel sharp, 100% pure glitter of the tangent arc and uppervex Parry.”

In the photos the lamp is 5-6 degrees below the horizon. In the image above, the most noteworthy feature perhaps is the slight intensity enhancement in the 46° infralateral arc, marked with arrows in the simulation below. These could be sings of the fourth, as of yet unobserved Tape arc component (raypath 14), which is highly unlikely to be ever seen in solar displays as it appears in simulations only when light is several degrees below the horizon. Although it is probably here, we would still hope for a better example from lower light elevations that would make it easier to identify. 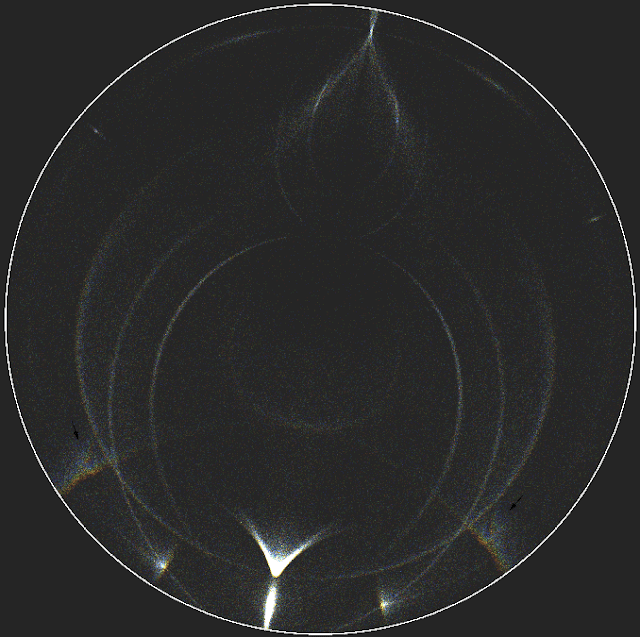 Another feature of interest is the “Ounasvaara arc”, which in the photos looks like an odd continuation of circumnadir arc. This Parry orientation halo is visible particularly well in the two photos below, that, unlike the photo above, were taken off-beam, from underneath. Although off-beam images are not visually as appealing for their non-uniform lighting, the halos in the brightest part of the beam are enhanced in them.

We regret of not getting a visual of the Ounasvaara arc – judging from its intensity, it should have been easily visible to the eye. Well, something for the next time.

As usual, we also had a gasoline filled petri dish out to collect the crystals. No serious end cavities this time, which is in accordance with the observation log’s note of “100% pure glitter”. 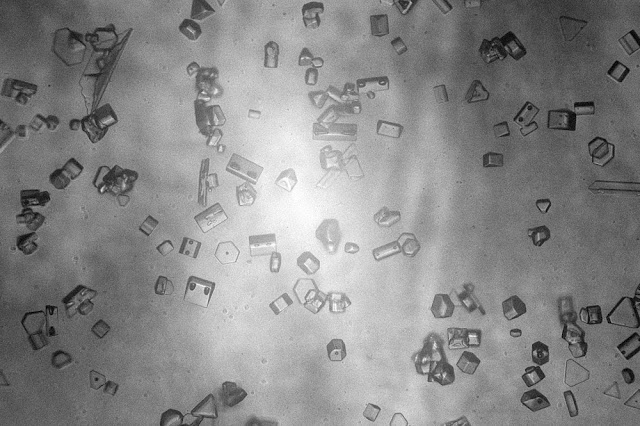 At last we switched off the lamp to give the moon display the stage. However, by the time we got to it, the lunar halos were already starting to decline. In our next post we will show nevertheless the few photos that were taken. 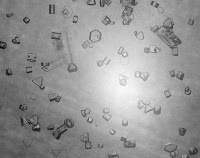