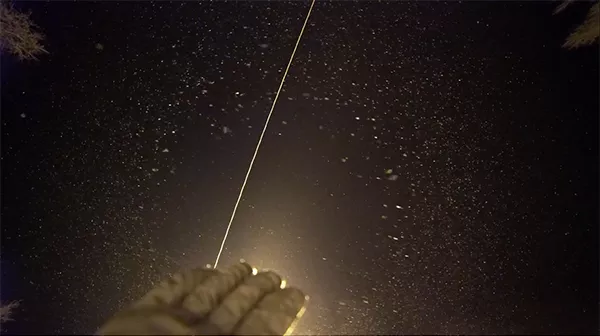 The image above opens a video of parhelic circle under streetlight. There has been some question on whether the three dimensional character of divergent light halos shows up on video, but at least here the vortex effect of the parhelic circle is tangible.


Likewise, dimensional effect of parhelia is well visible in another video. At the end of the clip the camera is panned to show also the Liljequist and sub-Liljequist parhelia. One more video. Downloading gives better quality.

These were seen on the night of 6/7 January in Rovaniemi. Below are two more images from the night’s action. 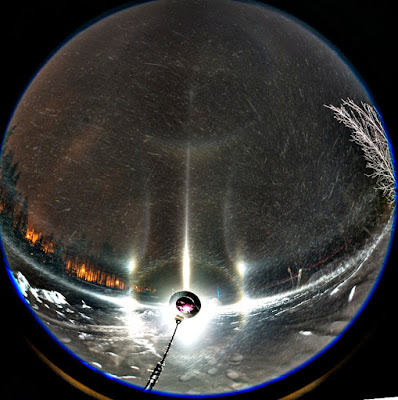 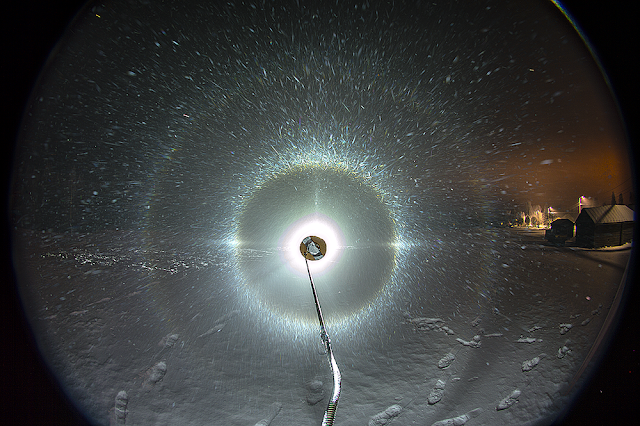