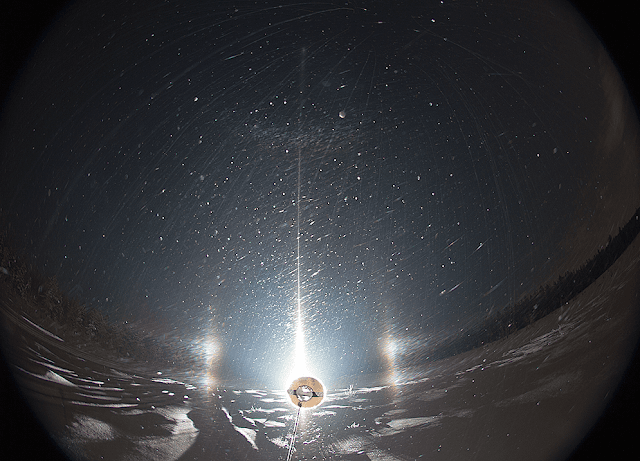 By Jarmo Moilanen and Marko Riikonen

It is difficult to get a matching simulation of pretty much any spotlight display. Some details tend to be always wrong. But one can usually obtain what could be called an acceptable approximation of the real thing.


The shown display is a true rebel in this respect, for it comes with three anomalies too blatant to be swept under the rug. First, the subparhelia were brighter than parhelia (this we noticed also visually). Second, of the Schulthess arcs (the arcs from Lowitz orientation) only the concave component was visible. And third, there is no subparhelic circle opposite to the lamp. 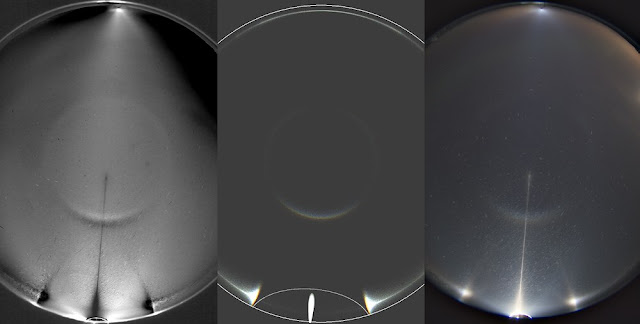 We can not simulate any of these anomalies. The solitary presence of the Schulthess arc concave component is not a new thing, there exists a handful of such displays. The missing of subparhelic circle opposite to the lamp in this level of display is something unheard of, as is the inverted relative brightness of parhelia and subparhelia. In the simulation above (light source elevation -5 degrees) only plate oriented crystals were used. Below is a sample of the simulation crystal shape variation, the “mother shape” shown in the upper corner. 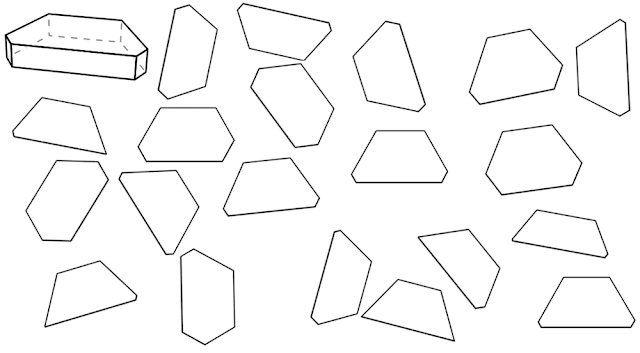 
The night was 18/19 January, the location the Sieriaapa bog in Rovaniemi. The temperature was – 29° C. 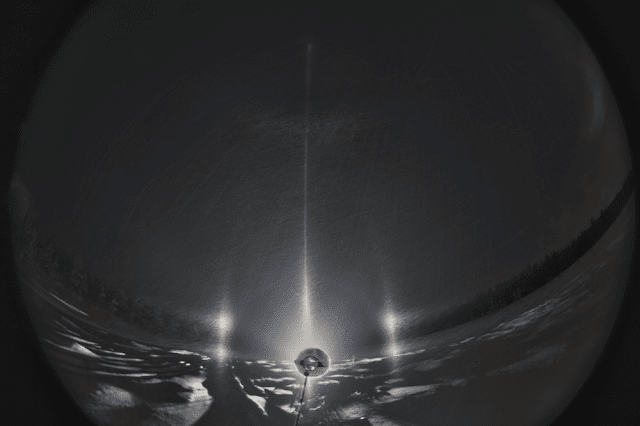 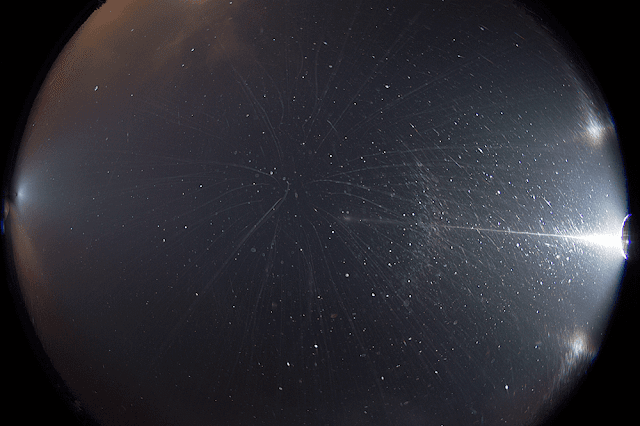