Making divergent subparhelia with a spotlight 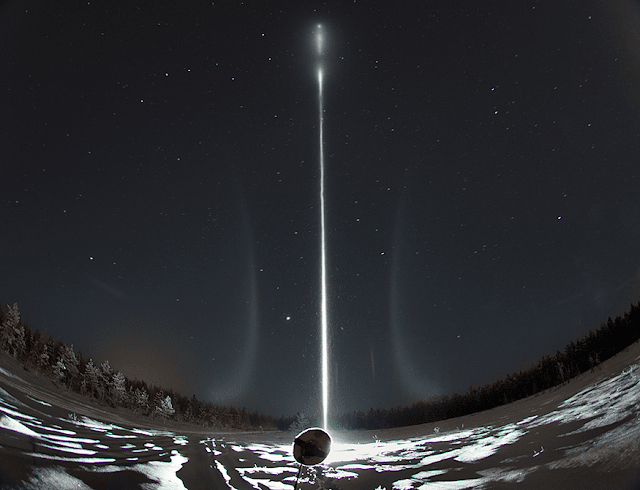 By Jarmo Moilanen and Marko Riikonen

Here is divergent light subparhelia flanking the pillar. Spotlight displays are classical displays with little divergentness involved. A way to create truly divergent halos with spotlight is to point it to the ground. The reflection from snow then acts as a divergent light source. Another way that might work is to cover the lamp glass with a layer of snow. That would be a shorter lasting solution, though, as the heat of the lamp will melt the snow.

Most spotlight halos are visibly formed of separate crystal glitter. Not the divergent parhelia. They are solid objects floating majestetically in the air. One feels humbled before their lofty heights, just as a lesser subject might feel in the presence of royalty.

Below is another photo of divergent subparhelia taken some hours later. And also a little lunar display from the same night, which was the 18/19 January night in Rovaniemi. 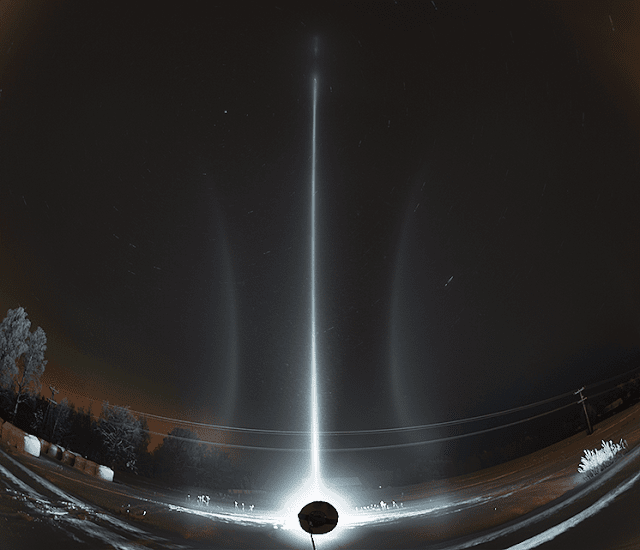 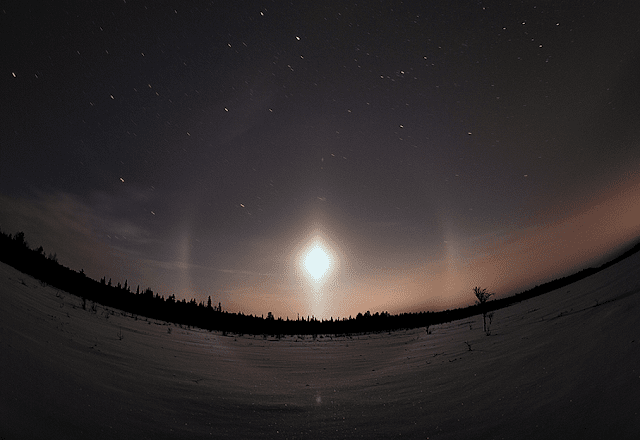