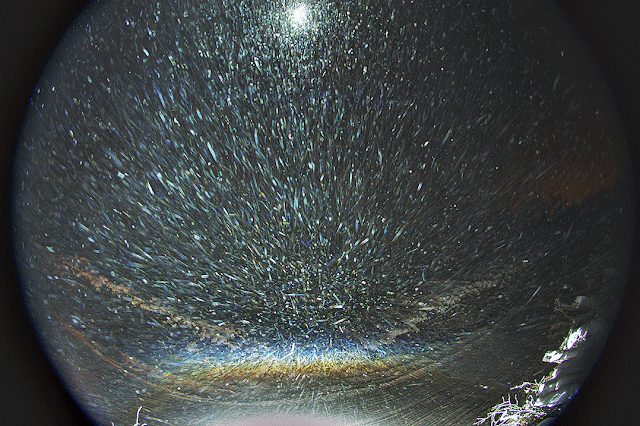 It is not that unusual to see a circumhorizon arc under a streetlight, forming a striking spatial shape. On the night of 6/7 January  we gave circumhorizon arc a shot with spotlight as we arrived to a place where there were rather high piles of logs on top of which we could clamber while leaving the lamp on the ground below.

Whereas one usually just walks into the beam, here it was more a matter of sticking one’s head into the very narrow beam – narrow because the lamp was so close.

The circumhorizon arc was only crystal glitter, but it was conspicuous. The image above is a maximum stack of several individual photos. At the top is the subsun and a little underneath one may discern a vague blue horizontal line – the blue circle. 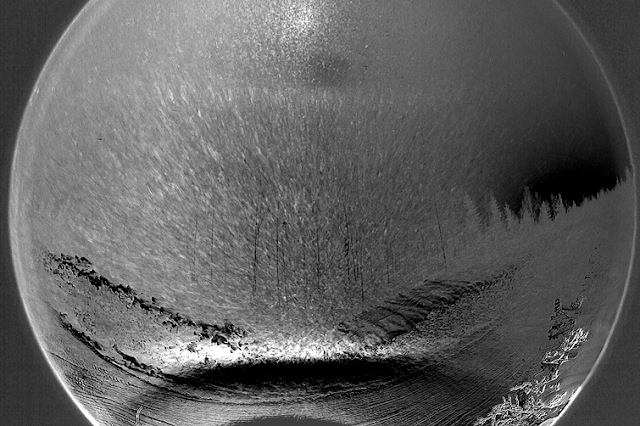 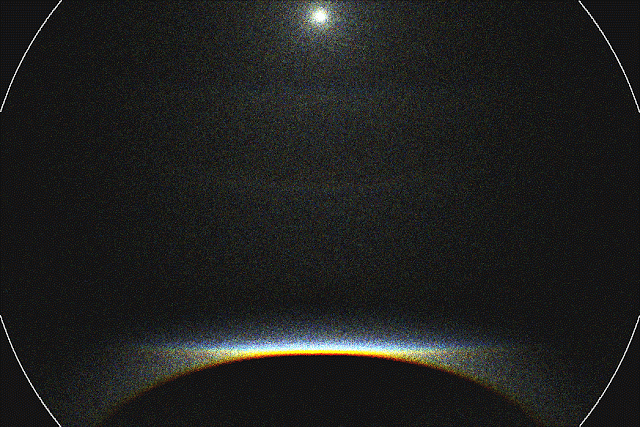 The blue circle is better picked up by br treatment as shown by the image on the left. The simulation next to it contains also sub-circumhorizon arc. Had we not placed the lamp so low (the simulation is for 67 degrees), we would have probably caught also the sub-circumhorizon arc. The crystals were probably too thin to produce it at this elevation.

The final photo shows the setting. The night was cold and at this location the night’s lowest, -35° C was felt. 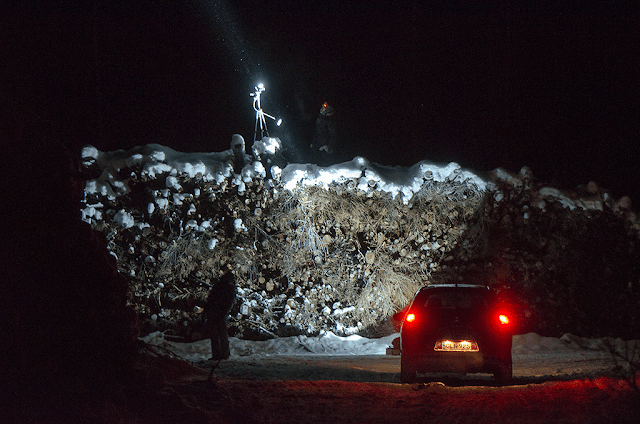