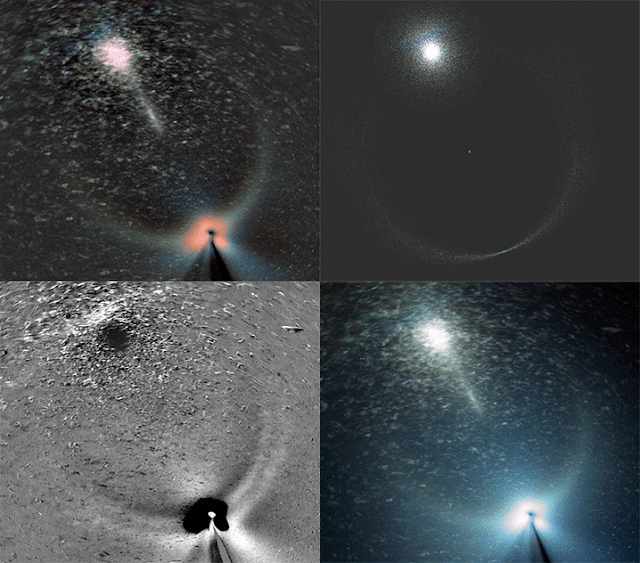 
On the night of 6/7 January we gave a try also on another halo effect that simulations predict: the blue subsun. It is an effect in the blue spot and blue circle family and it colours the core of the subsun blue at 58.5 degree light source elevation.

We though we failed to photograph the effect and then forgot about it and were surprised when it turned out in other photos where we were actually aiming at subparhelic circle.

The lamp-camera configuration did not correspond with that optimal elevation of 58.5 degrees, but the blue subsun effect is nevertheless seen in outer areas of subsun in the two images we got. In the image above it is visible on the upper edge of the subsun and a matching simulation was found at 60.5 degree light source elevation. The grayscale br image highlights the blue of the subsun particularly well (bright white).

In another photo (below) the lamp was, according to simulation, at 57 degree elevation and the blue colour is on the other side of the subsun. Shown are also crystals collected during the display and uncropped images.