An unknown halo next to the sub-Kern arc 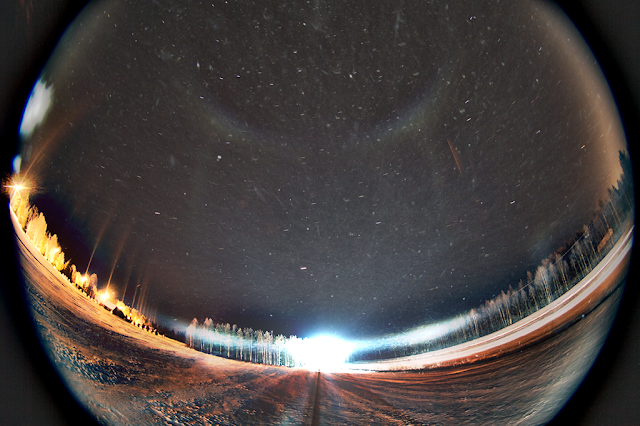 On the night of 6/7 January we had an anticipation that something unusual would occur in the beam because the temperature was forecast to drop below -30° C. It was clearly a dreamer’s thought, based only on the reason that no one had photographed snow gun originated diamond dust displays below that mark.

When we called it a wrap near the twilight hours, nothing out of the ordinary had happened. But after we woke up and started looking at the photos from the night’s plate displays, there was visible, next to the sub-Kern, an arc that we did not recognise. It was captured at two different locations with three hours passing in between.

Here are those two photos where the arc is seen. In addition, there is an anomalous looking bulge in the sub-Kern arc where the exotic arc is pointing at.

We don’t know how this new halo is formed, nor how to simulate it. It’s a one weird arc.

The lamp was at the usual -5 degree elevation. 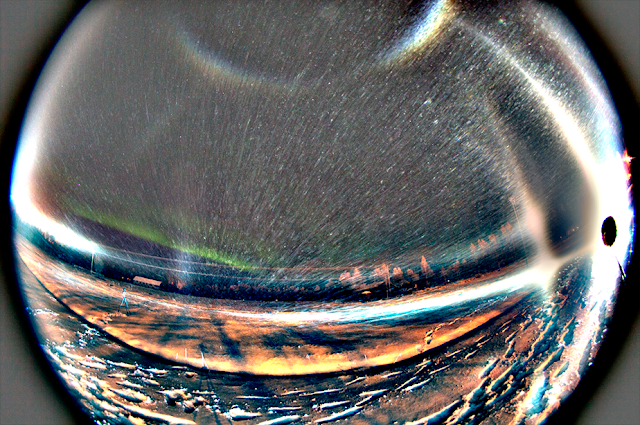