9° and 35° - not your expected combination of odd radius halos 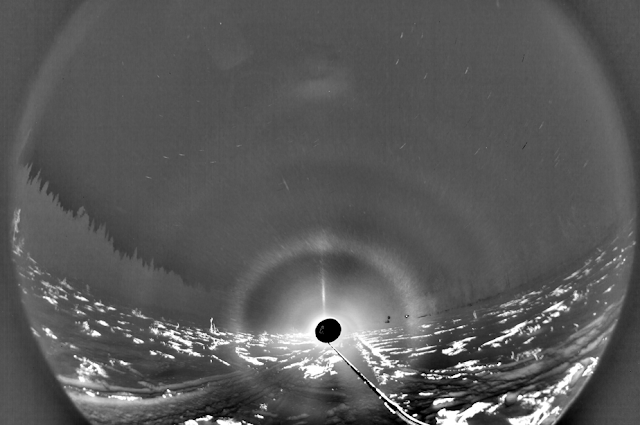 By Marko Riikonen and Nicolas Lefaudeux

This display is far from being impressive. But it has an interesting combination of odd radius halos: 9° and 35°. Not something that would be expected from your textbook pyramid crystals. We had several displays in such a style this winter.

The display was seen on the night of 7/8 January in Rovaniemi in diamond dust that was being displaced by an increasing snowfall. The temperature at the official measuring site 7 km away was -27° C. 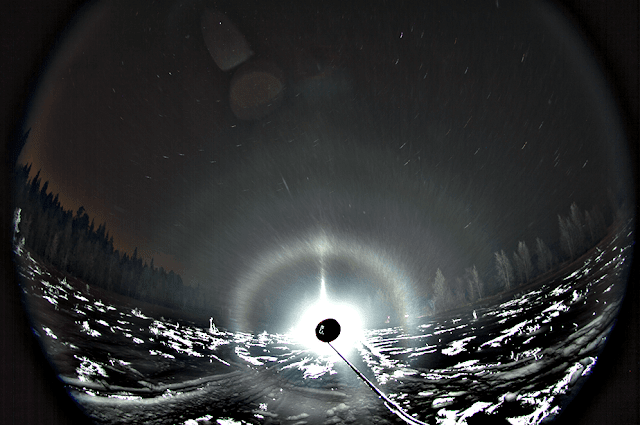