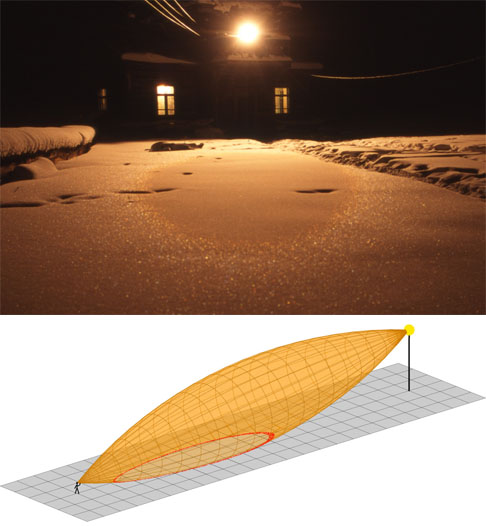 The photo here shows divergent light 22° halo on snow surface in Eastern Siberia in January 1996. In airborne crystals divergent light 22° halo is a cigar-shaped surface, sometimes known as Minnaert's cigar, while on snow surface a slice of this cigar is seen. The illustration - made by Walt Tape - shows how the effect is formed. Lamp is on the right, observer on the left and in between is the cigar shaped 22° halo. The gray plane is snow surface and the red circle is the 22° halo on it. More images and illustrations are on my web site ( 1 ).

Marko Riikonen
Posted by The Halo Vault at 00:14