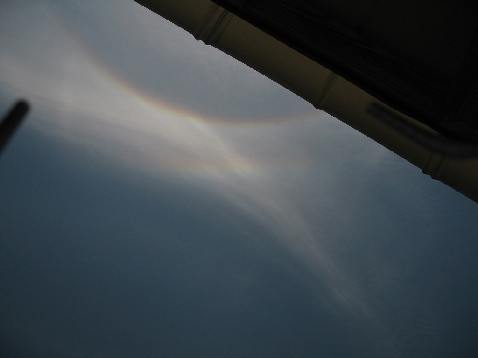 The other observation comes from Holesov, Czech Republic. Patrik Trncak photographed a short-lived Parry arc at 61° sun altitude on 19 June ( 3 ). The circumstances were similar. The cirrus clouds produced a circumscribed halo and a full parhelic circle besides the Parry arc.
Posted by The Halo Vault at 13:44